Today, advocates fight to protect ICWA from continued racism & conservative political groups and corporations wanting more land and resources that are seeking to do away with Tribal Sovereignty. 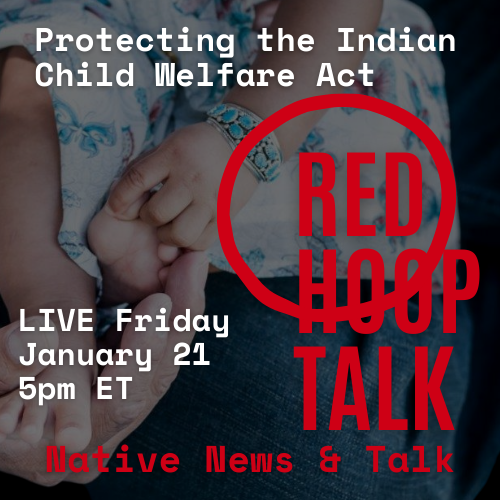 Our guest expert is DAN LEWERENZ, a citizen of the Iowa Tribe of Kansas and Nebraska. Dan is a staff attorney at the Native American Rights Fund (www.narf.org). Before joining NARF, Dan was an attorney-advisor for the U.S. Department of the Interior, Office of the Solicitor, Division of Indian Affairs; a law clerk to the Hon. Claudia Wilken (N.D. Cal.) and the Hon. Leo I. Brisbois (D. Minn.); and an associate in the Oklahoma City office of Hobbs, Straus, Dean & Walker, LLP. Dan earned his Juris Doctorate from the University of Wisconsin Law School, where he graduated cum laude and Order of the Coif. Before going to law school, Dan spent more than 10 years as a reporter and editor for The Associated Press, and was a board member, officer, and president of the Native American Journalists Association. He earned his bachelor’s degree from Kansas State University.