UTAH: The bill “combats the excessive removal of Native American children from their homes"

Utah: Bill takes on ‘excessive removal of Native American children from their homes’ 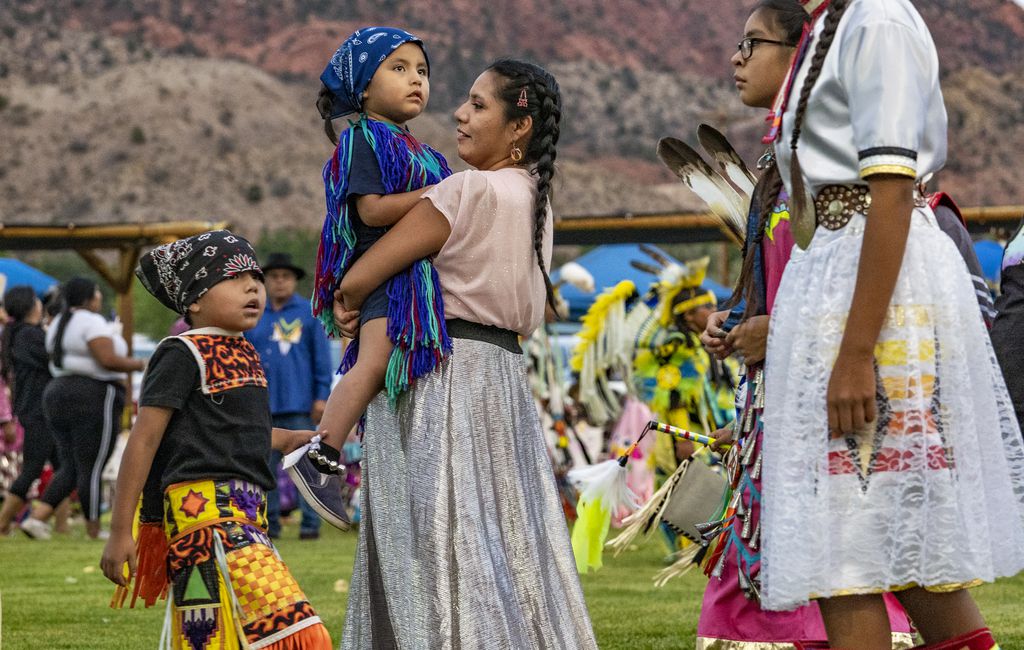 Men, women and children from Native American tribes throughout the West show their regalia during the Grand Entry at the 41st Annual Paiute Indian Tribe of Utah Restoration Gathering, Aug. 13, 2021 in Cedar City, Utah. (Leah Hogsten | The Salt Lake Tribune)

Indigenous leaders hope the bill SB28 would fix some of the inequities which have plagued Indigenous residents of Utah for the last 126 years. The bill creates an Office of American Indian-Alaska Native Health and Family Services under the Utah Department of Health and Human Services to make sure that Indigenous children and families get protection when they enter the state’s child welfare system.

SB28 also moves the Indian Child Welfare Act Liaison and the American Indian-Alaskan Native Health Liaison from two different state agencies and brings both roles into the merging Utah Department of Health and Human Services. The merger is expected to take effect in July.

Supporters of the bill say the proposed merger streamlines how the government responds to Indigenous children and families when these children are taken by welfare agencies and also ensures that the Indian Child Welfare Act of 1978 is enforced. Also known as ICWA, the federal law governs the removal and placement of Native children to combat the high number of Indigenous children removed from their homes.

The bill “combats the excessive removal of Native American children from their homes and acknowledges the alarmingly high percentage of Indian families which are broken up by the removal of children,” Sen. Jani Iwamoto, D-Holliday, told The Tribune.

Paul Tsosie, legal counsel to the Confederated Tribes of the Goshute Reservation, said that SB28 also allows Utah to meet the burden of higher protections for Native families in the state, a burden he says is spelled out through the U.S. Constitution and the treaties between tribes and the federal government.

The goal is to make sure that cultural sensitivity and Indigenous values are being taught to children who go to any home in the state, Tsosie added.

Rupert Steele, chairman of the Confederated Tribes of the Goshute Reservation, and Moroni Benally, a lobbyist for the Navajo Nation, and other tribes requested the Legislature pass the bill to protect the well-being, safety and health of the approximately 41,644 Indigenous children and families living in the state.