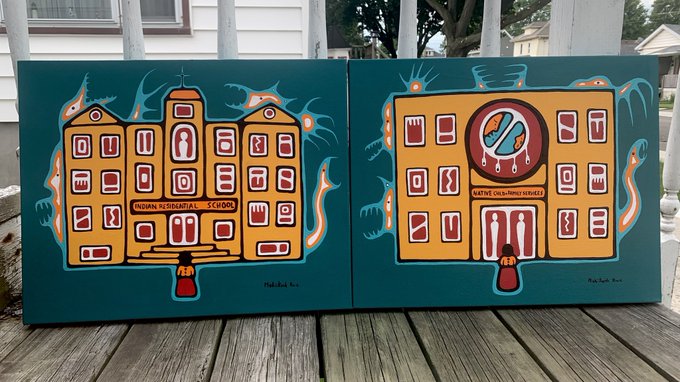 Another, 160 Indigenous children confirmed in unmarked graves. My heart is w/ the Penelakut Tribe & other Nations they’d belong to.

We know these announcements are coming but they’re never easy - nor should they be. Big emotions each time- grief, relief, anger, sadness…

The Penelakut Tribe says it has discovered at least 160 unmarked graves at the site of a former residential school. As @IsabelleRaghem reports, the site is located off the coast of Vancouver Island. pic.twitter.com/sjOnqWgHtC