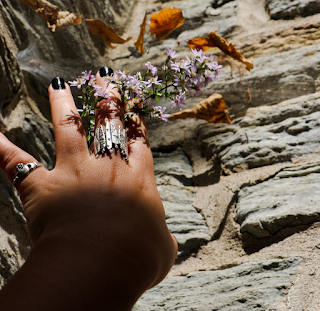 *TRIGGER WARNING: This article includes graphic content that some readers may find distressing.

Names have been changed.

I was 22 years old and in college when I was raped by a mutual friend. I had sorority sisters and fraternity brothers. We all shared a common purpose — to get an education and to make memories to last a lifetime. Looking back, I see how toxic the environment truly was and that what happened to me wasn’t my fault.

I was in my second year in college and I had a lot going on in my life. My life was moving in the right direction and everything was going as planned. That is until both my best friend and my grandmother passed away. I was struggling to comprehend what my life would look like without them. I was devastated and sought therapy to help me deal with the unexpected loss of my closest friend and relative. My life was falling apart.

I don’t remember if it was a weekend or a weekday, our sorority always planned social events with the local fraternity. It was rare for me to miss a social function. On this particular night, I went to a well-known party house with my sisters. We knew to make sure we stayed together throughout the night. There were always fraternity brothers we would stay away from. To them, girls were nothing more than a challenge. I guess we thought boys chasing girls was just part of student life.

It Was No Big Deal

Bill was cute. In fact, I thought I might even like to date him because he was always so nice. As the night went on, I lost communication with my sorority sisters. Everyone was drunk. One of the fraternity brothers started to take some people home. I don't know why I stayed or why my sorority sisters left me behind. Maybe because we all just drank too much.

I remember the couches and chairs were all taken — people were passed out and I was ready to pass out. Bill offered me a place to sleep. I felt like I could trust him, besides there was nowhere else for me to go. He motioned for me to come over and lie next to him. “You might as well just sleep in my bed,” he said. “It’s not a big deal.” I did lie down because it was no big deal, just as he said.

From the moment I fell asleep to the moment I woke up everything was a blur. I knew that I had laid down with the intention to sleep but that’s not what happened. I remembered he was trying to kiss me and wondered if I was kissing him back. I couldn’t remember because I was in and out of consciousness.

The next morning I woke up next to Bill. He was still sleeping. I knew something was wrong. I could feel that something had happened to me. I felt sick in the pit of my stomach. When I realized that I was only partially clothed all I wanted to do was cry. I was so confused. Did I want him to kiss me? Did I kiss him back? I must have given him the idea I wanted him to kiss me… Right?

All I wanted to do was get out of that house as soon as I could. I got up and rushed to get out. I was so confused that I started to cry. One of his friends saw me rushing to get out of the house and saw that I was in tears. He didn’t ask and I didn’t stop to explain. I just kept running.

Bill and I had mutual friends. His friend must have asked him what had happened because he saw that I had been crying. So later that day, he texted me to apologize. “I’m sorry if that is not what you wanted.”

I didn’t tell my sorority sisters. I didn’t tell anyone. I couldn’t talk about it because I wasn’t sure what happened. I continued to see Bill because he and I were attending the same mixers and events. I tried to ignore him when he started to date one of the girls in my sorority. I was seeing him more than I wanted to and I just couldn’t handle it anymore.

At that time, I thought it was best for me to just leave college. My best friend had died. My grandmother passed away and then that happened. So, I literally just left and I didn’t tell anyone about my experience with Bill.

I didn’t know how significant that night would be in my life until three or four years later. It was life-changing. I was young and single. I used to want to have closer relationships with men, but now things are different. I tried to have relationships. I tried to trust again, but I couldn’t. I just couldn’t.

There was a part of me that felt responsible. My body and brain were not in sync. I didn’t fight. I wasn’t pinned down. I wasn’t injured. I rationalized that if sex doesn’t leave bruising and it didn’t happen in the back alley it wasn’t rape. I didn’t accept that what had happened was an assault because he didn’t hurt me — or so I thought.

I was already on a path in therapy and I don’t know if it was fate or I just got lucky. A domestic violence helpline for Native Americans was moving into the Minneapolis area. I applied for and secured a job with the helpline. My new job afforded me training in domestic and sexual violence. That’s when I started to unravel the confusion and pieces of the puzzle started to fall into place.

Later, after about two years of working and living in the city, I had a conversation with a friend. She and I had similar experiences, and I was able to open up and talk about it. Even though I knew what happened that night wasn’t my fault, I still felt responsible. I was still blaming myself. That’s when my friend helped me to see what my heart already knew — that I had been raped.

Rape has many faces and it doesn’t always look big and scary or violent. Bill wasn’t a scary man coming out of the darkness. He didn’t attack me. He wasn’t a stranger. He wasn't even one of the brothers we all knew to stay away from. He was a friend of my friends. We were friends. In any other situation, I might have had sex with him willingly. But I didn’t consent because I wasn’t given the option.

When I think back to that night, I was so naive to think it wasn’t a big deal. He wasn’t an upstanding guy. He is a non-Native man who thinks he deserves to take whatever he wants whenever he wants. I’m not looking for and won’t ever look for justice. The rape happened to me but it does not define me. I take solace in the idea that education on the topic of sex is changing. Gender identity and sexual orient-ation are on the cusp of being old news and no longer considered abnormal. The world is changing. Education is changing. I’m changing.

Native American women are preyed upon by non-Native men in large part because of what history has set into motion. The trajectory of Native women and children being captured, bought and sold by colonizers had ramifications and consequences that Native women still experience in the present day. She was a beautiful young Native woman and he was a young non-Native man. The common thread is undeniably sexual assault and/or rape.