Up and Down, Back and Forth: Still Fighting over ICWA

The demand from white people (non-Indian PAPS - prospective adoptive parents) who want to freely adopt Native kids will NEVER stop apparently... and we know it's always about what THEY want... not what is best for us adoptees.

We have posted about Goldwater before and what their intent truly is... 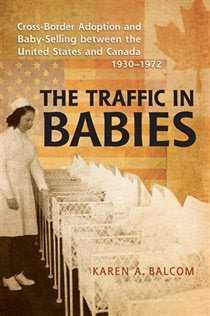 WASHINGTON — Legal experts are deeply concerned about an “incredibly divisive” ruling from a federal appeals court that struck down parts of a law giving Native American families preference in the adoption of Native American children.

The ruling by a sharply divided U.S. 5th Circuit Court of Appeals is seen as a defeat for tribal leaders who said the 1978 Indian Child Welfare Act was important to protecting their families and culture.

Mary Kathryn Nagle, Cherokee, is a partner with the law firm Pipestem and Nagle, and specializes in federal Indian law.  She called the 5th Circuit ruling “incredibly divisive” and said “certain parts of this decision are incorrect.”

And those same adoptive parents might not want to hear from adoptees or accept how WE feel being adopted.

These words are, according to (adoptee) Eric Schweig, his "mission statement."

"We can never go home because the concept of home is lost on us."

Adoption of aboriginal children by Caucasian couples is to me, for lack of a better term 'State Sanctioned Kidnapping.'  Too often Euro-American couples are preoccupied with the romantic notion of having a "real live Indian baby" or a "real live Inuit baby" which instantly transforms the child into an object rather than a person.  For decades our communities' babies have been unceremoniously wrenched from the hands of their biological parents and subjected to a plethora of abuses.  Physical abuse, mental abuse, sexual abuse and a host of others.   I have first-hand knowledge of this because I was one of those children.  For years my adoptive parents beat me bloody on a regular basis.  I've been trapped in rooms naked and beaten with belt buckles, hockey sticks, extension cords, and once with a horsewhip. His speech

GOLDWATER is behind the attacks on ICWA:

WHAT DO THEY WANT? What is Goldwater doing?