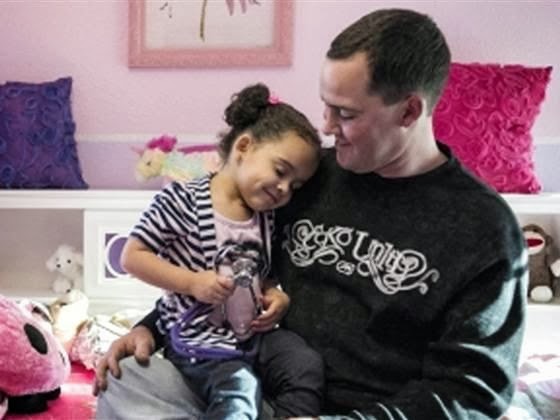 At one time adoption was about finding parents for orphans. Not anymore. Stranger Adoption is about finding children or babies for people who wish to buy one, conducted and advanced by social workers, judges, lawyers and adoption agencies whose livelihood and income depend on it. Remember this is a billion dollar industry! When money is exchanged, babies are product, with a dollar value. Yet rarely is adoption called human trafficking. We can recall Baby Veronica to understand trafficking is still happening in 2013/2014. We know the older infertile Capobiancos paid money for Veronica Brown...It's a disgrace on humanity. Trace

OKLAHOMA CITY — The selling of children is masquerading as adoption in Oklahoma, a House panel was told Wednesday.

Many of the children are placed out of state, making them difficult to track, said Holly Towers, president of the Oklahoma Adoption Coalition and executive director of Lilyfield Christian Adoption and Foster Care in Edmond.
She was one of the presenters during an interim study on human trafficking by the House Public Safety Committee.
“We get calls from women who say they placed a child for adoption with an attorney,” Towers said. “The adoptive parents have paid rent, refurnished the apartment and given her a car. Now the payments have stopped.”
The women are facing eviction and want to know what they can do, Towers said.
“The answer is nothing,” she said. “These women have been set up to be homeless.”
Some fees are allowed, such as those for living and medical expenses, she said.
But in some cases, women expecting are offered outright cash for their children, which is illegal, Towers said.
Oklahoma Bureau of Narcotics Director Darrell Weaver said that several years ago, his agency began monitoring human trafficking.
A significant portion of those involved in human trafficking have been involved in drug trafficking, Weaver said.
His agency has seen an increase in the number of heroin addicts who become trafficking victims, Weaver said.
The problem is not isolated to Oklahoma City or the metropolitan areas, Weaver said.
“Drug traffickers are shifting from drugs to human trafficking,” he said. “The profit margins are so much higher.”
If the state can save one person from trafficking, it will be worth it, Weaver said.
“The one may just be somebody you love,” he said.
Sen. Sean Roberts, R-Hominy, requested the study and said some good ideas came out of the information gathered.