The way I see it: Adoption was not discussed #NAAM

My adoptive mom Edie was close to me (like a best friend) and she passed last December. I miss her. Her importance in my life seems even greater now that's she gone.
I miss everything about her - daily phone calls, birthday cards, everything she did to make every holiday and birthday special.
She was the only mother I knew. She  knew me as the child she raised, not the adoption activist I've become.
Adoption was not something we could discuss.
When you've known someone over 50 years, you can't help but miss their place in your life. I miss getting snowed in at home with her in northern Wisconsin. I miss her eccentricities. I miss shopping with her. I miss everything.
Despite many years of turmoil, we grew past them. We were close but many things (like adoption issues) we didn't talk about but I accepted that.
Her cards and letters always said I LOVE YOU.
If I had the chance right now, I would ask Edie how she would have felt being abandoned by her own mother. How would that change her perception of being adopted? Wouldn't she be hurt, devastated and confused?

The way I see it:
Adoption itself is not the enemy for an orphan/adopted child. We need parents!
Forcing adoptees to accept these circumstances without a real explanation and truth is our enemy.
Forcing women to give up their babies or taking babies from Native people is/was the enemy.
Child trafficking babies is still the enemy.
Adoption secrecy and closed records for adoptees is the enemy.
Not having my own medical history was wrong. That was my enemy.
A fake (amended) birth certificate is wrong.
Low self-esteem that comes from being adopted was my life-long enemy.
Not getting help or counselling is/was the enemy for me and many adoptees.
Religions and their followers said an unmarried or poor woman could not keep her own child - pressuring my own first mother to give me up for adoption. Their ideas are the enemy.
Adoptees being told (even forced) to accept being adopted was "a good thing," told it saved you, that is wrong.
Lack of reality in this adoption scenario is the enemy.

The way I see it:
We have no choice as adoptees.
We adapt to our circumstances. I was adopted after months in foster care. I needed parents. We love them since these strangers are the only parents and family we have.  Adoptees did not and do not create adoptions!
Adopted children may not have words for our sadness or confusion but we'll show it in many ways. We know something feels strange, or we are not like them, or look like them, yet we're helpless to fix any of it. We'll try to fit in.
Our growing hearts do hurt as children but we can't show it or we'd seem ungrateful.  Those adoptees who showed confusion, discomfort and "acted up" did end up in trouble, ran away, got on drugs, landed in prison, or committed suicide. 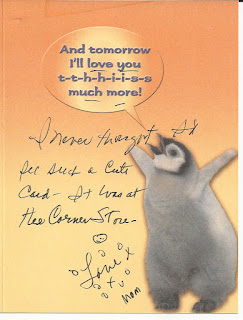 I felt so much pain over my adoption, I buried it deep but I would not let that primal wound take over my life.
I do not want anyone to question if I loved my adoptive mom Edie. I did.
I felt terrible when she wasn't happy. I put her needs above my own. I admit I wasn't easy to live with and my moods were very hard on her when I was a teen. I know that. Being adopted was hard to accept. I blamed her when it wasn't really her fault. I am not going to sugar-coat this but my teen years were not easy on her or on me. I was rebellious and stubborn. She felt I didn't like her and told me so.
I chose to heal and opened my adoption at age 22 in 1978.  Even when I opened my adoption, my love for Edie didn't change.
Loving her didn't stop my need for truth to know who I am and what happened to my first parents or know why I was adopted.
Did I discuss opening my adoption with her? No. I tried and she looked betrayed.
I can see how much she gave and how much she loved.
We always ended out phone calls with "I love you." I used to end with, "I love you more."
Mom would just laugh.