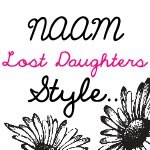 What is surprising to me is you really have to search hard to find adoption reality. This month is National Adoption Awareness Month (NAAM) and I am going to share more research I found when writing my memoir ONE SMALL SACRIFICE. There is a longer list of international adoption scandals on Wikipedia.