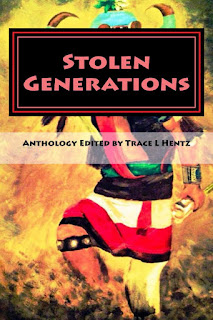 SCOTUS will soon hear a case that could strike down adoption protections for Native children.

WASHINGTON — Tribal advocates are becoming increasingly worried that the U.S. Supreme Court could strike down all or parts of the Indian Child Welfare Act (ICWA) after it hears Haaland v. Brackeen this fall.

In short, Brackeen is a lawsuit brought by Texas and several individual plaintiffs, who all allege that ICWA, passed by the U.S. Congress in 1978, is unconstitutional for several reasons, including alleged equal protection violations.

If the law, which calls for Native kids in the adoption and foster care systems to be placed with Native families and tribes, is struck down, tribal advocates argue that irreparable harm will be caused to such children, families, and tribes — for cultural, social, political, jurisdictional, and sovereignty-based reasons.

The Native American Rights Fund (NARF) details the case from its perspective here.

Texas and individuals who oppose ICWA argue in part that it may not always be in the best interests for Native children to be placed with Native families and tribes, and that it violates the U.S. Constitution through its pro-tribal requirements.

Elizabeth Brando, development director with the National Indian Child Welfare Association, says that as of last Friday 43 tribes and 7 organizations have signed on to a tribal amicus brief that makes the tribal case that ICWA is constitutional.

“We are trying to get to 500+ tribes signed on by next Tuesday’s August 9th deadline,” Brando tells Indigenous Wire via email.

In order to ensure that the Tribal Amicus Brief is finalized and printed in time for delivery to the Supreme Court, the deadline for signing on to the brief will be Tuesday, August 9,” Dougherty Lynch added. “As with past briefs in this case, there will be no cost to sign on to the brief.”

Dougherty Lynch said tribes or tribal organizations interested in signing on should send NARF an email from an individual (chairperson, executive director, general counsel, outside counsel, etc.) or body (tribal council, board of directors, etc.) authorized to speak on behalf of the tribe, asking to be added as a signatory on the brief, and the tribe’s name as it should be listed on the brief.

Her email address is dougherty@narf.org.

Email ThisBlogThis!Share to TwitterShare to FacebookShare to Pinterest
Labels: ATTACK on ICWA