The hidden history of Kansas is the story of enslaved people. Let’s say their names.
Max McCoy, August 15, 2021, Kansas Reflector


Shawnee Indian Mission is a bit of the 1850s frontier in the midst of one of the richest suburban neighborhoods in the country. Just a block away is the buzz of traffic on Shawnee Mission Parkway, and the homes in the area cost more than most of us can afford. But for $5, Wednesday through Saturday, you can visit the historic site with its three original brick buildings and its 12 pastoral acres and imagine what life might have been like for the missionaries, the Shawnee and Delaware children who boarded at the school, and travelers on the Santa Fe Trail, which ran just a few hundred yards north.

What you can’t do, unless you already know about them, is imagine what life must have been like for the enslaved persons who helped build the mission and were bound to Thomas Johnson, the Methodist preacher and pro-slavery advocate who founded the school.

These enslaved persons aren’t mentioned in the 2015 video shown to visitors. Only one of the interpretive displays mentions them. By one account, it says, Johnson “owned at least six slaves at the mission,” with perhaps another 10 who were children of the enslaved. The display includes a reproduction of an 1856 bill of sale, from David Burge to Johnson, at Westport, Missouri, of an enslaved girl named Martha, of about 15 years, “sound in body and mind and a slave for life.” 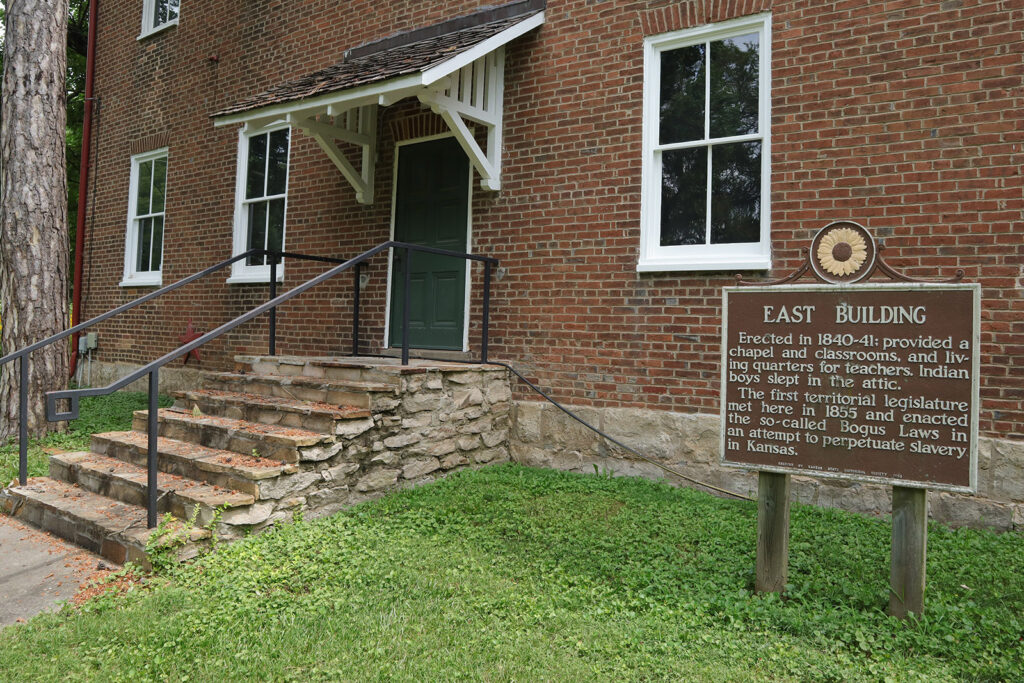 In addition to 2020’s summer of George Floyd, there have been discoveries this year at boarding schools in the United States and Canada of hundreds of unmarked graves of First Peoples children. The Shawnee Indian Mission is attempting to address the latter, at the urging of tribal leaders, with a ground-penetrating radar survey of the mission’s cemetery. The cemetery is separated by a few blocks from the historic site and is locally known as Johnson Cemetery, because that’s where Johnson and some of his family are buried.