Ask yourself: “how many schools do you know that have graveyards next to them?”

As a Diné child, I relished the time spent traveling to lectures that my dad delivered to museums and universities about his work as a photographer. The old Kodak projector slides dropped into focus with the rhythm of his lessons: Navajo people are the land, Navajo culture is Navajo survival. Native culture is Native survival.

His talks would share what it meant to be Navajo. As he shared about his work he would illustrate the legacy of Federal Indian Policy and its treatment of Native people. I still couldn’t imagine at that age what the U.S. government boarding schools had done to attack the very essence of my identity and pride in my culture I held so dear. Each time he delivered a talk, he asked a simple question that rings in my head to this day: “how many schools do you know that have graveyards next to them?”

That question rings in my head again today, and the past several weeks as multiple First Nations and Indigenous communities have uncovered mass graveyards of people— many of them children— at the sites of former residential schools in Canada. 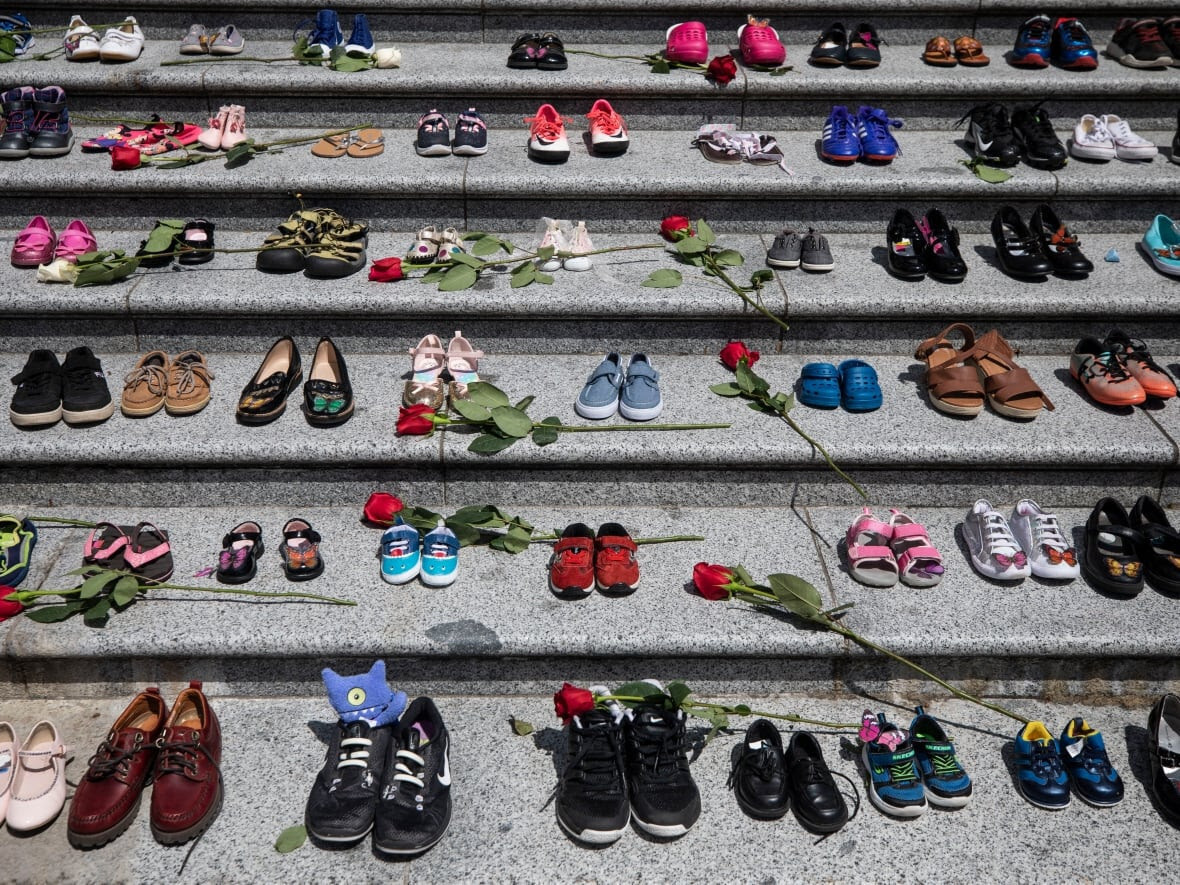 Here at the U.S. Department of Arts and Culture, we’ve long stated the importance of providing a land acknowledgement before events, gatherings and meetings. Whether in-person or online, the purpose of a land acknowledgement is meant to restore and name the ancestral and continuing bond between Indigenous peoples and the land, air, minerals, water, vision that we’ve stewarded since time immemorial. We see this as a small first step toward being in right relationship, toward true Native sovereignty. Today, we ask you to join us in recommitting to acknowledging not only the proper stewards of our land, but the specific violence that keeps that space in settler occupation. We ask you to commit to naming and contextualizing the violence that undergirds the places we call home.

For most Americans, the idea of a boarding school might invoke images of affluent college prep schools, or repositories for disobedient students. For Indigenous people in the US and Canada, the term brings forth terror. Indigenous boarding schools were a tactical experiment, supported by the US War Department and the Department of Interior. After hundreds of years of attempted ethnic genocide, Indigenous people maintained their hard-fought connection to land and culture. The U.S. government made the strategic decision to wage a new kind of war. Alongside the implementation of the Dawes Act of 1887, the Carlisle Indian Industrial School was a targeted effort to obliterate the ties children had between their culture and land before they were fully developed.

The continuing slogan of the first boarding school, Carlisle Indian School was “kill the Indian, save the man.” A phrase illustrative of the genocidal agenda at the center of these institutions. The school opened in 1879 and swiftly became a “success” by white supremacist standards as the children were taught Euro-centric education and were severely punished for practicing any part of their culture, language or Indigenous way of knowings. 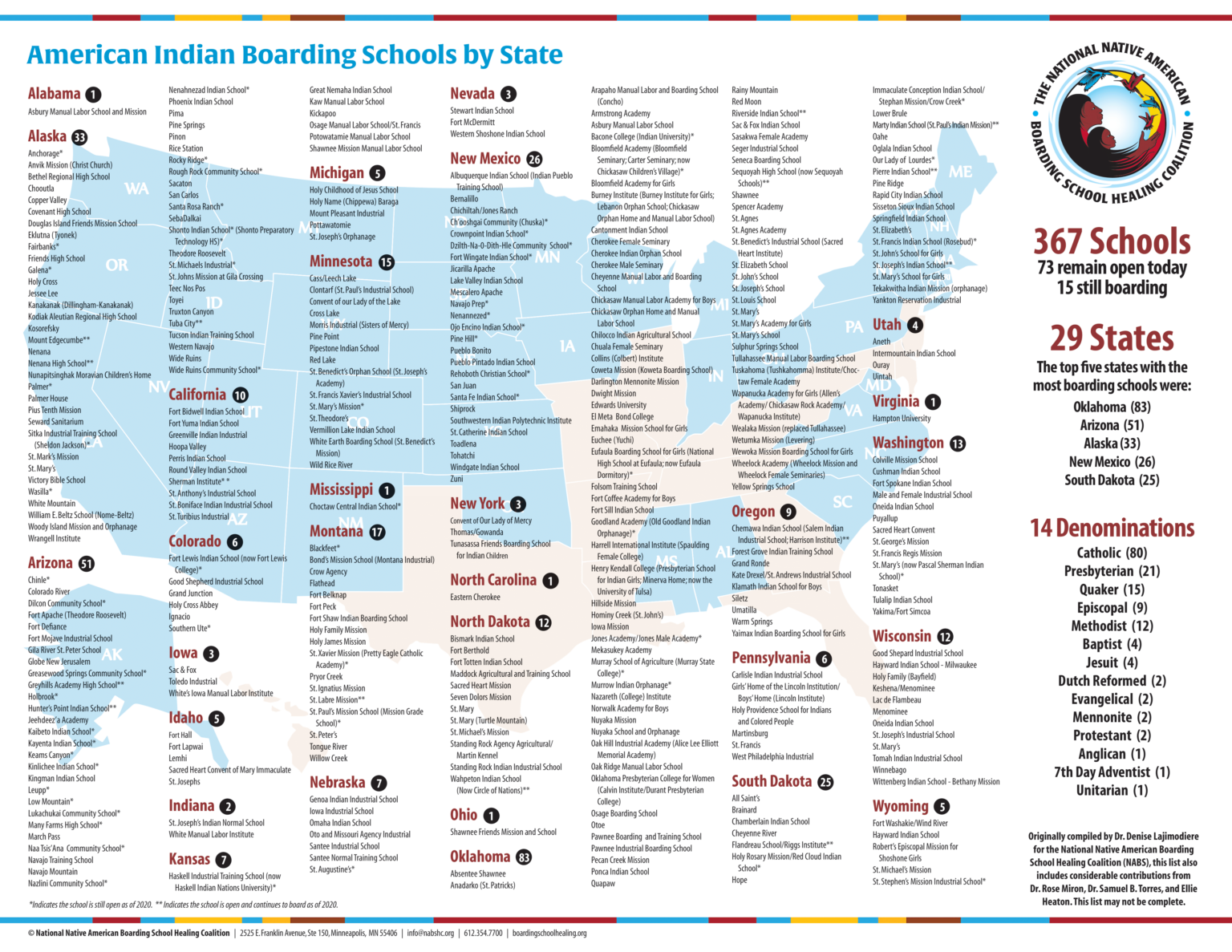 According to the National Boarding School Healing Coalition, “between 1869 and the 1960s, it’s likely that hundreds of thousands of Native American children were removed from their homes and families and placed in boarding schools operated by the federal government and the churches. Though we don’t know how many children were taken in total, by 1900 there were 20,000 children in Indian boarding schools, and by 1925 that number had more than tripled.”

In Canada, from the 1800s to 1996 over 150,000 children were removed from their families and communities. Regardless of which side of the colonial border, Indigenous children were sent away from everything they knew and forced to assimilate into the settler culture. For countless Indigenous children, this meant pervasive abuse, psychological torment, cultural erasure and, as the recent headlines illustrate, murder.

In times like these I think of my dad, the photographer, how do you photograph the invisible? How do you document the erased? The Indian Boarding School Project created ghost generations. I have never wanted to become accepting of this horrific legacy in the U.S. education system. Children “graduated” from these hellish places to find a country that regarded them as subhuman, no matter how hard they’d had the culture beaten out of them. Many tried to return home and found they could no longer communicate with their own families, or practice their most sacred rites. Many lay in graveyards next to these schools, waiting to be found. We see now that the ghosts of this trauma want to be seen.

So how can we begin to be in right relationship? Here are some first steps:

Indigenous Nations and communities have long carried the living history and trauma of the boarding school era. It is time for allies to help in fighting for justice and truth. Without truth we will never reach the hope of reconciliation.

U.S. Department of Arts and Culture