The Child Removal Survey looks at how the federal government upended Native American communities and how they have sought healing. 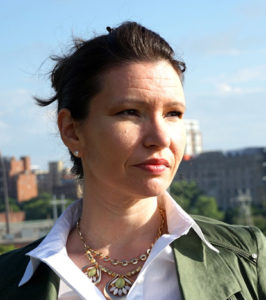 For more than a century, Native American children were forcibly removed from their families and driven into boarding schools where their hair was cut, and they were stripped of their culture.

Now, Indigenous community members and University of Minnesota researchers are looking at the trauma caused by this practice.

The Child Removal in Native Communities Survey centers the experiences of American Indian and Alaskan Native people who were forced into boarding schools and the foster care system, focusing on the generational impact of these practices. Led by Native researchers, it is meant to study the trauma inflicted on Indigenous communities and subsequent healing.

In April 2019, two Indigenous community-based researchers opened the survey with a ceremony, establishing that their academic research would be “guided by spirit, not just by the intellect,” said Sandy White Hawk, a Sicangu Lakota tribal citizen and founder of the First Nations Repatriation Institute.

Christine Diindiisi McCleave, an enrolled citizen of the Turtle Mountain Ojibwe Nation and CEO of the National Native American Boarding School Healing Coalition, co-led the study and said academic research of Native communities historically has been extractive and privileges the voices of researchers who are not Indigenous.

This research is different.

Diindiisi McCleave said that her and White Hawk’s leadership in the project has been critical because they had direct experience with boarding school survivors and Native American adoptees.

“We Indigenous peoples, we don’t want to be studied from the outside,” Diindiisi McCleave said. “We have a lot to say about our own histories, about our own experience and about our experience with American history.”

A survey and a ceremony

Because of COVID-19, the researchers have stopped recruiting participants for the survey, though it is still open online. Diindiisi McCleave said the survey addresses difficult experiences, so the team did not want to push the survey on people who were already under pandemic-related stress.

Carolyn Liebler, a University of Minnesota sociologist who is helping to lead the research alongside White Hawk and Diindiisi McCleave, said their approach is “totally different” from other research.

“We have ceremonies and prayers as part of the research process … talking about things holistically, recognizing that just because time passes doesn’t mean things change,” Liebler said.

Until the pandemic is over, the team will not close the survey or move on to analysis. The researchers are aiming for 1,000 participants and currently have about 600, Liebler said.

She added that they plan to attend in-person events once the pandemic is over to meet with the tribes in large groups and provide paper copies of the survey while offering support for participants who are sharing traumatic experiences.

“And then we will have a ceremony when the survey closes to thank the community for allowing this to exist,” Liebler said.

Generations of trauma, and the path to healing

The research unearths a painful era of federally mandated Indian boarding schools that were enforced from 1860 to around 1980.

At this time, government officials forced many Indigenous children to leave their families to attend boarding schools and assimilate to white, Christian culture. Eventually, the Indian Child Welfare Act of 1978 gave jurisdiction of children to tribal governments, enabling tribes and families to be involved in child welfare cases.

White Hawk previously conducted research on Native American adoptees and served as an honorary witness for the Truth and Reconciliation Commission in Canada, which addressed a similar era of boarding schools and aimed to facilitate reconciliation between former students and their communities.

“I listened to three days of testimony from former boarding school attendees,” White Hawk said. “And nearly every single individual said, ‘I did not know how to express love to my child [because of the boarding schools].’”

White Hawk said boarding schools led to the “breakdown of the family,” which continued into the adoption era where many Native children were adopted into white families. This resulted in further assimilation and loss of Indigenous culture — which included assigning children “white” names, forbidding them from speaking their Native language, cutting their traditionally long hair and converting them to Christianity.

Today, these effects are still apparent as American Indian children are 18 times more likely to experience out-of-home care than white children, according to a 2019 survey conducted by the Minnesota Department of Human Services.

The researchers said they hope gathering data will help provide a legal basis for experiences they have known for decades.

“That’s part of why we need empirical data, right? It’s part of the westernized system,” Diindiisi McCleave said. “It’s something that people will believe and rely upon.”

kakichihiwewin project director S.A. hosts as Christine Diindiisi tells her story, and elaborates on her experiences that led her to becoming the Chief Executive Officer for the National Native American Boarding School Healing Coalition.