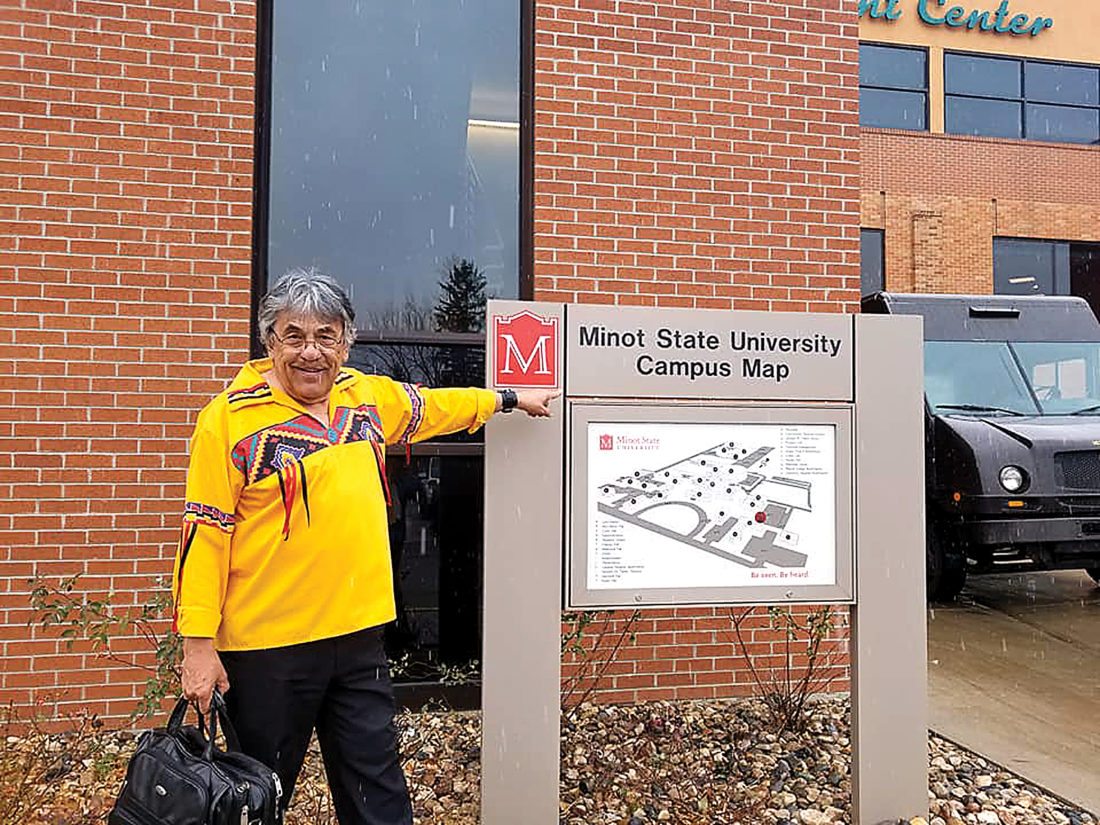 Dr. Don Bartlette (in pohoto) visited Minot State Nov. 1, to begin the Native American Cultural Celebration month. Bartlette spoke on the one person in his community who helped him overcome hardships through love, acceptance and compassion.


Bartlette, author of “Macaroni at Midnight,” spoke in his autobiography about his childhood being a Native American living off the reservation in poverty. Bartlette suffered from school and family violence, racism, child abuse and living in an environment of alcoholism.

He was able to overcome his disadvantages with the help of someone in his community who showed him unconditional love, acceptance and compassion to become a success in life.

“These events will provide opportunities to learn about our indigenous people, their lives and how they got to where they are today – successful,” Annette Mennem, MSU’s Native American Center director, said.

When asked why November, Mennem said that in the 1990s, then President George H. W. Bush declared the month of November the National American Indian Heritage month, which Minot State now calls the Native American Celebration.

“I celebrate daily being indigenous and being Ojibway or Anishnaabe (the original people),” Mennem said.

While November isn’t exactly symbolic to Native American culture, Mennem said the Ojibway call the month “gashkadino-giizis” or “Ice is Forming Moon.”  November is also a time where they say “Happy Harvest” and give thanks for blessings from Mother Earth, Sister and Brother Moon, and Father Sky.  These are Ojibway tradition and may differ for other tribes, according to Mennem.
Keep reading