Caution: This story contains details of abuse that may be disturbing to readers

By Lisa Strong, for CBC News 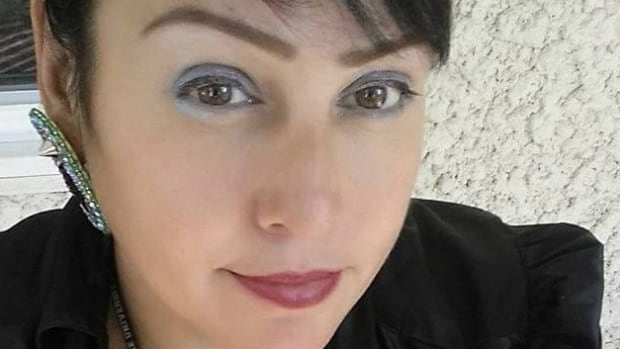 Lisa Strong is a survivor of the Sixties Scoop. (Supplied)

Hello, my name is Brown Buffalo Woman from the Lynx Clan. My family is from Grassy Narrows, Ont.
I am going to tell you my story of direct colonization from being a child of the Sixties Scoop. I will give you detailed information about my history to let you know how far I have come in my life's journey. I warn you, though, my story is graphic and extremely painful to read.

I will start at the beginning.
I am registered under Ochichagwe'babigo'ining First Nation in northwestern Ontario. My grandparents had a settlement on Jones Road, the road leading into Grassy Narrows First Nation.

We were a small community with aunties, uncles, cousins, and grandparents that all looked out for each other. When I was one, Children's Aid Society came to Jones Road and took all the children away as part of the sixties sweep.

My sister, brother and I were sent to Winnipeg. We lived in several different foster homes around Winnipeg for six years. When I was four, we were sent to live with a pastor and his wife. They had 12 foster kids and five biological teenagers. As soon as we arrived, I was sexually abused by their sons. 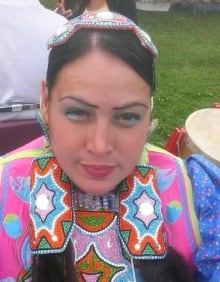 Lisa Strong said her Indigenous culture is helping her cope with years of abuse. (Supplied)

We stayed there for one year before being split up and sent to other homes around Winnipeg. At age seven, I had already been in care for six years and had lived in five foster homes and a receiving home. I was told that we were going to be placed back with the pastor's family for adoption, and then we were moving with them to the United States.

We still don't know if we were legally adopted by the pastor and his wife. I still wonder if we weren't legally adopted so they could continue to collect money from the Children's Aid Society in Winnipeg.
I was so happy to be with my siblings. I really didn't care for the family, but I thought it was a good thing to be back together with my siblings. However, my brother knew we shouldn't go back and was scared for us. The family was fanatical with their religious beliefs. Together, we paid the price.

We moved to two different American cities as the adopted family was transferred to different churches. Their sons continued the sexual and physical abuse right where they left off when I was four. We also experienced ritual abuse in the name of the Lord from the parents. They showed us graphic pictures and movies of the devil and where my soul would go if I wasn't saved.

My sister left after the second year when she attempted suicide by overdosing on drugs. She was sent back to Winnipeg, since we were still under control of the Children's Aid Society. Her life went out of control when she returned to Winnipeg. Drugs and alcohol were the way she coped with the past.
Today she suffers from mental health issues and lives on the street. We have not resolved any of those issues and feel the pain of her leaving us behind with the adopted family.

When she left, the abuse escalated. My brother and I were taken to the basement of the home and raped in front of each other by the sons daily, or whenever they got a chance. This sexual and physical abuse went on for the next two years.

While the parents themselves did not sexually abuse us, the mother hurt us physically. In the fourth year, my brother fought back when the adopted mother hit him, and he was sent directly to Winnipeg and put in Agassiz youth correctional facility.

I stayed one more year with the adopted family. I was terrified by being alone with them, as I knew the abuse would grow, and I was even more alone.

To stop the abuse, I cut my legs. I have 43 scars on my legs that saved me from the sexual abuse. I put the blood from my wounds in my undergarments to protect myself, saying I was on my period and not available to be abused.

Finally, at 13, I couldn't take it anymore and ran away. I was sent back to Winnipeg. I did not return to Jones Road but instead was shuffled back and forth to foster homes and to group homes.

My brother and sister were both diagnosed with schizophrenia. I was the only one not diagnosed with this illness. My siblings and I had to search for each other. We were reunited, but there was no happy ending. We each carry our own scars and nightmares that will never go away.

On his 18th birthday, my brother said to me that he could not look at me anymore because of the abuse and killed himself. We only had three years together as brother and sister in Winnipeg.

Most of us who have been through the Children's Aid Society or Child and Family Services systems have lost everything: our identities, our families, our communities and our sense of belonging. We get stuck in periods of depression, grief, addictions and suicide attempts. We have to climb ourselves out of the darkness.

I know I suffer from post-traumatic stress disorder, although Indigenous culture has guided me out of a dark place. I am a single mother and have three beautiful children who I am raising within the community and our culture. They will never have to find a sense of belonging.

I have gone full circle in my journey and have been welcomed back to my home reserve Ochichagwe'babigo'ning First Nation, but I am still a long way from Jones Road. When you go into the child welfare system, it affects your whole sense of being. I feel very alone and still feel the loneliness of wishing I was brought up within a blood family.

I hope my story provides others with an understanding of how the Sixties Scoop has affected many of us Indigenous survivors. We all have our own healing process and life journey ahead of us. Meegwech (thank you).