Children of the Dragonfly 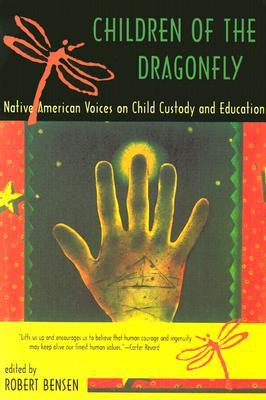 Children of the Dragonfly: Native American Voices on Child Custody and Education

Sometimes the losses of childhood can be recovered only in the flight of the dragonfly. Native American children have long been subject to removal from their homes for placement in residential schools and, more recently, in foster or adoptive homes.  The governments of both the United States and Canada, having reduced Native nations to the legal status of dependent children, historically have asserted a surrogate parentalism over Native children themselves.  Children of the Dragonfly is the first anthology to document this struggle for cultural survival on both sides of the U.S.-Canadian border.  Through autobiography and interviews, fiction and traditional tales, official transcripts and poetry, these voices— Seneca, Cherokee, Mohawk, Navajo, and many others— weave powerful accounts of struggle and loss into a moving testimony to perseverance and survival.  Invoking the dragonfly spirit of Zuni legend who helps children restore a way of life that has been taken from them, the anthology explores the breadth of the conflict about Native childhood.   Included are works of contemporary authors Sherman Alexie, Joy Harjo, Luci Tapahonso, and others; classic writers Zitkala-Sa and E. Pauline Johnson; and contributions from twenty important new writers as well.  They take readers from the boarding school movement of the 1870s to the Sixties Scoop in Canada and the Indian Child Welfare Act of 1978 in the United States.  They also spotlight the tragic consequences of racist practices such as the suppression of Indian identity in government schools and the campaign against Indian childbearing through involuntary sterilization.