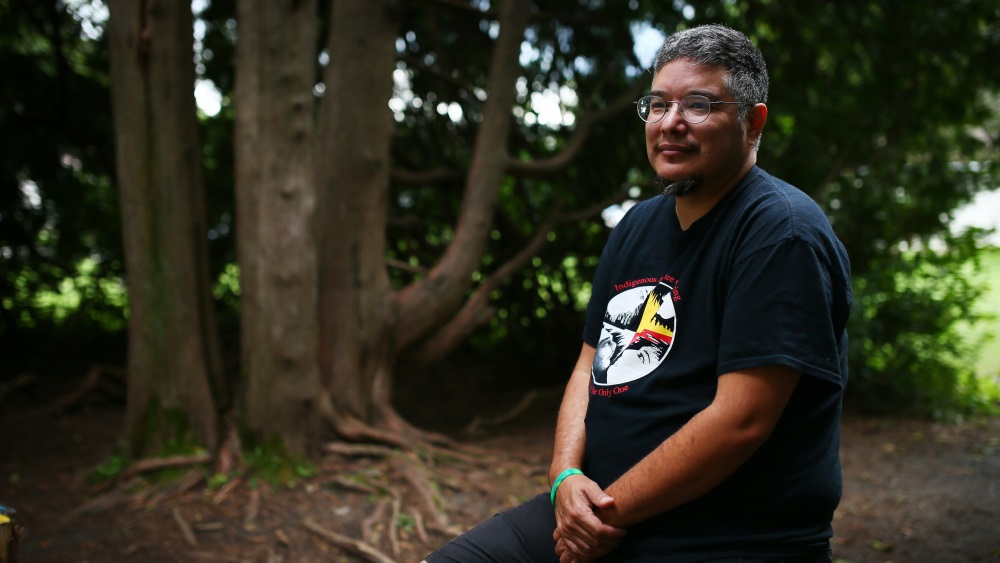 Shaun Ladue calls himself the “survivor of a horrific childhood.” Adopted into a white family at the age of 3, Ladue, 48, says he endured abuse while growing up in Watson Lake, Yukon. So, at 14, Ladue left and never went back. He later became the first child in care in the Yukon to graduate high school and go on to university. And despite grappling with mental health issues for more than a decade, he’s “put all that behind” him and has reconnected with members of his biological family.
Looking back, Ladue recalls hearing the wind blowing in his backyard as a child — a unique, comforting sound he’s never heard anywhere else. “I now think on that wind, my ancestors were speaking to me, and they were giving me the strength to survive day-by-day abuse and ridicule,” Ladue says.
====================================================================


For three decades across Canada, thousands of aboriginal children were taken from their homes and adopted.

KEMPTVILLE — The scent of tobacco and sage fills the air as members of Canada’s aboriginal communities gather around a fire on the shores of the Rideau River.

Each takes a turn fanning medicinal smoke towards their bodies in a cleansing smudging ritual. Then, one by one, the 40 or so attendees of this Indigenous Adoptee Gathering introduce themselves to the group. Some are from Ontario, others from Manitoba or the Yukon. Some are Cree, others Métis or Ojibway.

Most are members of a stolen generation.

Beginning in the mid-1960s — and for several decades after — thousands of indigenous children across Canada were removed from their homes and typically placed with white middle-class families in Canada and abroad.

Patrick Johnston, author of the 1983 report Native Children and the Child Welfare System, dubbed it the Sixties Scoop.


Here is the link to the 60s Scoop story, photos, profiles and video in the Toronto Star HERE