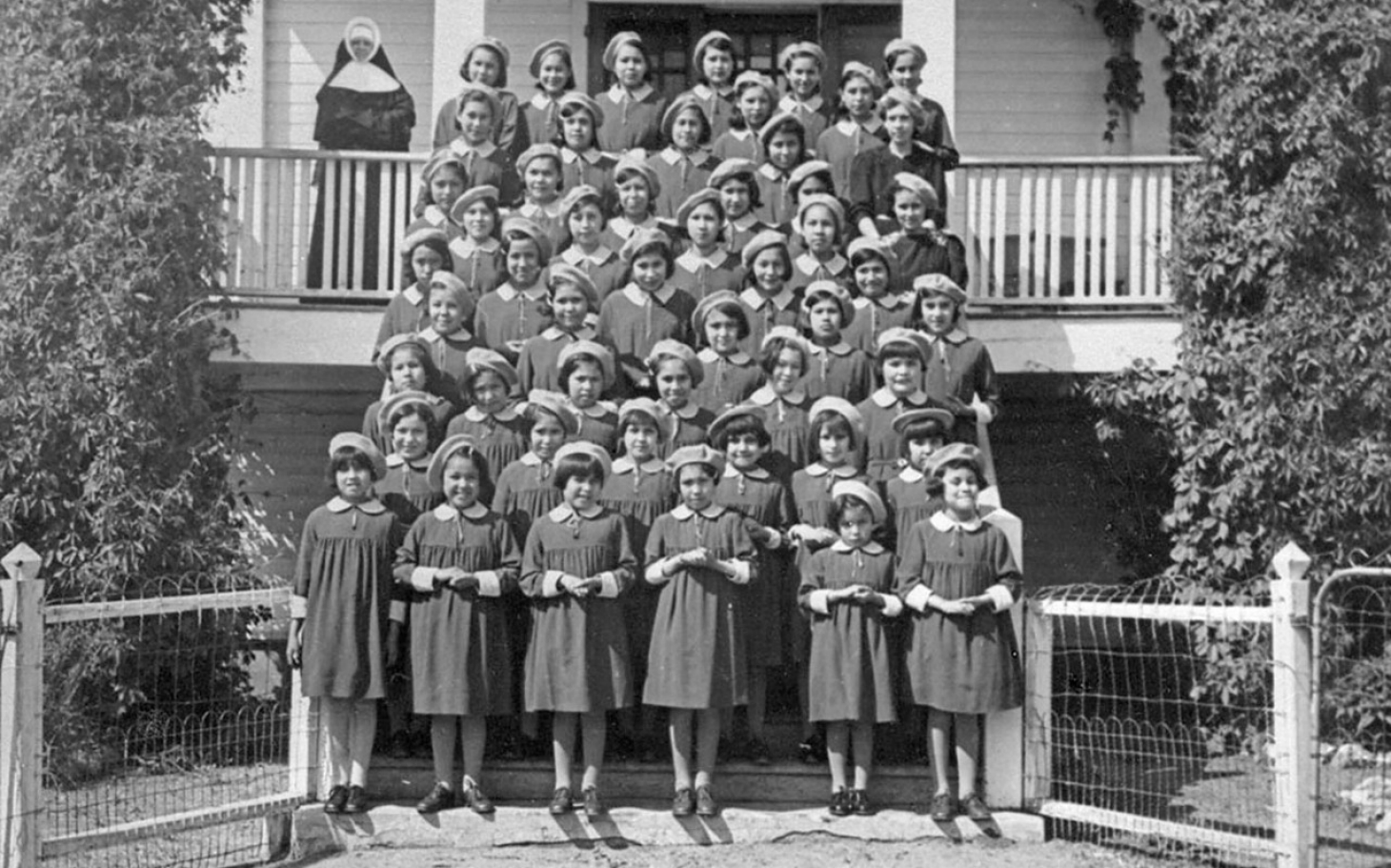 On May 31 the Truth and Reconciliation Commission of Canada (TRC) released a summary of its report on the history and legacy of the nation’s residential schools. The report concluded that Canada’s aboriginal policy, designed “to eliminate aboriginal governments … and cause aboriginal peoples to cease to exist as distinct legal, social, cultural, religious and racial entities in Canada,” has caused unspeakable and enduring suffering that amounts to “cultural genocide.”

The U.S. also had a shameful program of residential schools for its Native American children, often operated by churches with government funding. A reckoning for the destructive legacy of forced assimilation is long overdue. It’s time for the U.S. to follow Canada’s lead in establishing a truth and reconciliation commission and acknowledge the havoc its policies have wrought.

Started in the 1880s, the schools were funded by Canadian government but run primarily by churches. An estimated 150,000 aboriginal children attended the residential schools during their century-long tenure. But the goal was never to educate the children. Instead, the schools were designed to destroy aboriginal culture by removing children from reservations and severing ties with parents and communities, in order to inculcate ‘civilized’ and Christian values. The last residential school closed in 1998, but the after-effects continue to exact a devastating toll today. This is true not only for those haunted by their stay at the schools but for the entire community of aboriginals whose culture and systems of government were targeted for annihilation.
Many of the 80,000 survivors recounted their harrowing tales of forced separation from their communities and brutal physical, sexual and psychological abuse to the Commission. And the TRC found that more than 3,000 aboriginal children perished in the in residential schools from abuse, neglect and illness. Justice Murray Sinclair, chair of the TRC, estimated that the figure could be far higher, since shoddy record keeping obscured the Commission’s final accounting.
The TRC was formed as part of the 2006 Indian Residential Schools Settlement Agreement, in the largest class-action lawsuit in Canadian history. In 2008, Prime Minister Stephen Harper acknowledged and apologized for the harm caused by Canada’s residential schools. But he has refused to commit to implementing the Commission’s 94 recommendations, including provisions for health, education, justice and commemoration. Canada cannot simply close this sordid chapter and move on. Instead, it must enact policies and programs that would ensure aboriginal communities have the support, tools and resources to heal and thrive.

The grave injustices of North American residential schools and their aftermath are clear. But seeking and speaking the truth is only the beginning of a long process of reconciliation.
“Kill the Indian in him, and save the man,” Richard Pratt, a U.S. Army officer who pioneered the concept of off-reservation boarding schools opined in an oft-quoted 1892 speech. At the time, Pratt’s goal of cultural rather than physical genocide, though despicable, was less extreme for its time than that of others who advocated for the outright extermination of the nation’s native people.
But, as in Canada, the U.S. schools served their intended purpose of demolishing Native American traditions and history. Thousands of children died from abuse, neglect and malnutrition. Others were harshly punished for residual ties to their culture or spirituality. And the schools often pushed boys toward manual labor and girls to domestic service. As a 2009 United Nations report concluded, instead of working toward full integration “the training prepared Native children to be assimilated into the bottom of the socio-economic ladder,” where many continue to struggle.
The historical trauma inflicted on parents can haunt subsequent generations. Researchers found stress hormone adaptations in the children of Holocaust survivors, perhaps caused in utero, that may predispose them to ill health. And the effect is not limited to environmental factors: it may actually be woven into DNA. This trauma may partly explain the social ills that continue to plague Native communities both in the U.S. and Canada, including high rates of addiction, mental illness, domestic and sexual violence, family disintegration and poor physical health. Reservations in the U.S. experience suicide epidemics, and though the reasons are not clear, there is agreement that one of the factors is “the legacy of federally funded boarding schools that forcibly removed generations of Native American children from their homes,” according to The New York Times.

The U.S. has made some efforts to end its history of forced assimilation.  For example, in 1978 Congress passed the Indian Child Welfare Act to keep Native American children with their families or communities. But nearly 40 years later, the law has failed to meet its mark, and Native American children are still being fostered and adopted into communities that fail to reflect their cultural heritage.
Last month a commission in Maine found that the state placed five times as many Native American children in foster care as non-native children. Maine is hardly alone: In 2013, advocates in Nebraska linked a spike in the number of the state’s Native American children in foster care to the legacy of boarding schools. And placement of children within their communities for fostering and adoption is hampered in part by lack of appropriate homes.
That shortage, which reflects the damage inflicted by governmental policy, reinforces the need for comprehensive reparations to heal and rebuild damaged communities. The specifics of a reparations package must be crafted and embraced by Native American groups. It would likely include individual and collective restitution, restoration and truth telling.
The grave injustices of North American residential schools and their aftermath are clear. But seeking and speaking the truth is only the beginning of a long process of reconciliation. Both Canada and the U.S. must commit to atoning for the schools’ horrors by expending political capital and economic resources to help Native communities truly recover.


Lauren Carasik is a clinical professor of law and the director of the international human rights clinic at the Western New England University School of Law.

SOURCE: The views expressed in this article are the author's own and do not necessarily reflect Al Jazeera America's editorial policy.