Not getting better, Native kids in foster care 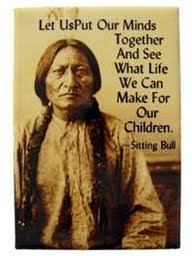 NCJFCJ Disproportionality Report of Children in Foster Care for FY 2012

Page 9 of the report has Native American Disproportionality Rates by State.  21 states have over-representation of Native kids in care, including Michigan (1.3, and 1.9 in entries to care), Wisconsin (4.1), Minnesota (13.9) and Iowa (4.5).  Michigan, Wisconsin, and Minnesota have worse numbers than 10 years ago (page 3).

[Note: There were 16 states who grabbed Native kids (85%) at an alarming rate pre-ICWA. Who were they? Those with the largest Native tribal populations like Michigan, South Dakota,Wisconsin and Minnesota. Things must change so Native foster families are now being recruited but the states are not cooperating - Is this racist?  Trace]