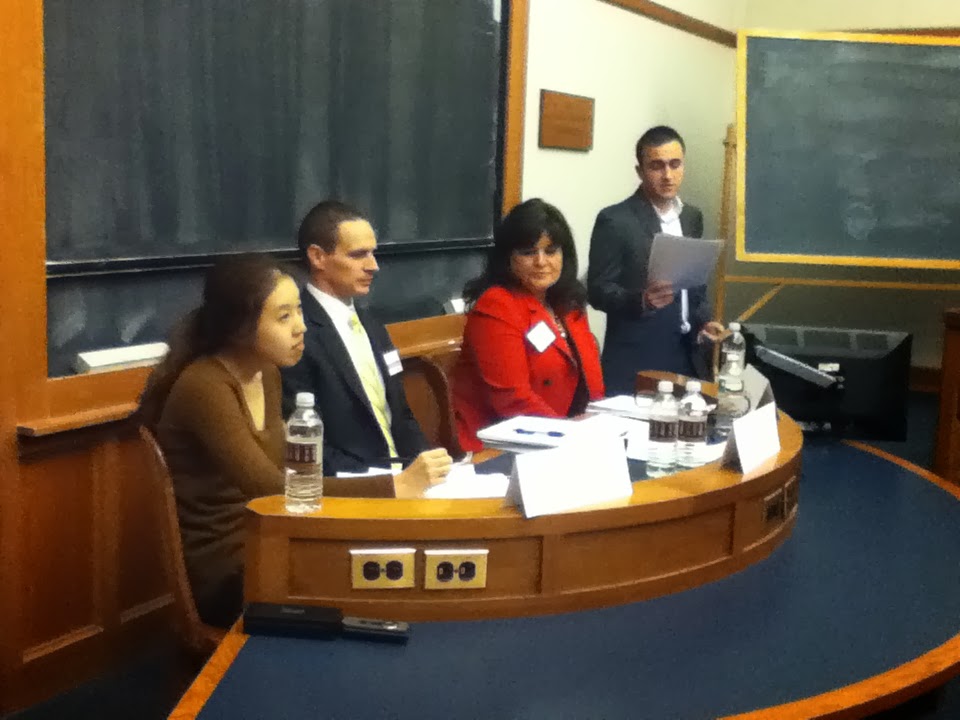 I plan to write a longer piece on this discussion but essentially the panel said that the Capobiancos won this case in the media first which paved the way to their winning permanent custody of Veronica Brown in rulings handed down by the Supreme Court and the South Carolina Supreme Court.  Despite 17 total amicus briefs, written support by 393 tribes, 600 groups interested in this case including some adoption agencies, and 19 State's Attorney Generals in support of Dusten Brown keeping his own daughter, the Supreme Court did not and does not rule in favor of Indians.  American Indians don't win in public opinion polls either.  Tribes are actually discouraged from taking cases to the Supreme Court.  Out of nine Indian Law cases, only one won in the Roberts/Alito-controlled Supreme Court.

Asked if the Indian Child Welfare Act should be amended or made stronger - Jackie Pata said no.  Pata admitted that NCAI and NARF waited too long to respond in the media to the Baby Veronica media circus, though they tried to rally support for Dusten and met in weekly committees to discuss the case and did try their own media coverage. (Too little, too late.)  Pata said by the time the Dr. Phil show happened with the Capobiancos, Dusten Brown had a gag order placed on him and he was not able to respond or play the same media game as the Capobiancos did.

In the Q&A, a man in the audience asked Cherokee citizen and attorney Joel West Williams of NARF, "If the Capobiancos could sue the Cherokee Nation for one million dollars, then why can't the Cherokee Nation sue the Nightlight Adoption Agency for their errors in notifying the Cherokee Nation (with Dusten's name misspelled and the wrong birthdate)? These details were not insignificant and actually started the nightmare for Dusten Brown and the Cherokee Nation along with the adoption agency's failure to abide by ICWA which is federal law.  Williams said he could not comment on any pending lawsuits.

As I have written before on this blog, the Department of Justice needs to interview Christy Maldonado and investigate the Nightlight Adoption Agency for moving and selling children like Veronica across state lines which is in violation of the Interstate Compact. (Not once did this panel use the words HUMAN TRAFFICKING.)

The way the Capobianco's PR campaign was run by Jessica Munday and Trio Solutions who played this case in the media, capitalizing on Social Media with the Save Veronica Facebook page, filling mainstream newspaper opinion pieces with sympathy for the infertile Capobiancos in their late 30s, to demonizing Dusten Brown for text messages to his ex-fiance, then confusing the public and essentially attacking anyone who supported Dusten Brown retaining custody of his own daughter, this case was doomed from the beginning.


RebLaw Panel Details - I: Deconstructing the "Baby Veronica" Case: Implications for the Future of the Indian Child Welfare Act

In June 2013, the Supreme Court decided Adoptive Couple v. Baby Girl, a widely publicized case involving the adoption of a Cherokee child by non-Natives over the objections of her Cherokee father. At the heart of the controversy was the Indian Child Welfare Act, a federal law designed to protect the best interests of Native children and promote the stability and security of Indian tribes and families. This panel will explore the history behind this landmark law, the current landscape of Indian child welfare, and the implications of the "Baby Veronica" decision for the future placement of Native children. Additionally, panelists will discuss how their organizations collaborated with both tribal and non-tribal stakeholders to develop legal, media, and other advocacy strategies for the case as part of the Tribal Supreme Court Project.

Source materials on this case:


Audio from the oral arguments in the Supreme Court
Official website for ICWA (the federal Indian Child Welfare Act)
1974 Hearings Before the Subcommitee on Indian Affairs "on problems that American Indian families face in raising their children and how these problems are affected by federal action or inaction." PDF

FOOTNOTE: There is a clear and present danger that this will happen again - I say this because the American public (and Supreme Court) is clearly anti-Indian until a white couple wishes to purchase a newborn baby and the only ones available are from Indian reservations.  To be safe, NCAI, NICWA and NARF are obviously trying to educate on the Indian Child Welfare Act since the Baby Veronica case created such a nationwide stir.
Veronica will eventually know that her biological father loved her and fought for her even with the prevailing prejudice of our times. The bright spot for me is the fact that despite this adoption and litigation, Veronica is and will always be a citizen of the Cherokee Nation - no one can ever ever take that away from her.
More on this discussion soon... Trace