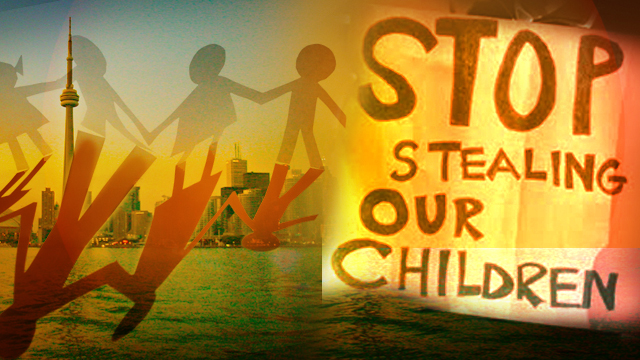 It is important to remember that many of the services Canadians take for granted, such as education, health care, and social welfare programs are in the main, designed and administered by the provinces and territories.

However, the federal government has been asserting its authority over “Indians and Lands of the Indians” since 1763. While is still remains unclear whether this includes all Inuit and Métis, it remains true that First Nations must turn to the federal government, not the provinces, for many services.
Canada did not spring from the skull of Zeus fully formed. The development of social programs and services has been incremental. Before the mid 1960s, there was no organised federal child welfare system. The provinces each had their own system, but nothing was in place for First Nations people.
In the mid 60s, agreements started to be formed between the federal and provincial governments to provide some child welfare coverage in First Nations communities. To be brief, the approach was “take first, ask questions later (if ever)”.
The similarity to tactics used during the height of the Residential School system is eerie. Aboriginal children were taken en masse from their families and adopted out into non-native families:

Research has shown that in British Columbia alone, the percentage of native children in the care of the Child Welfare system went from almost none, to one-third in only 10 years as a result of this expansion. This was a pattern that repeated itself all across Canada.