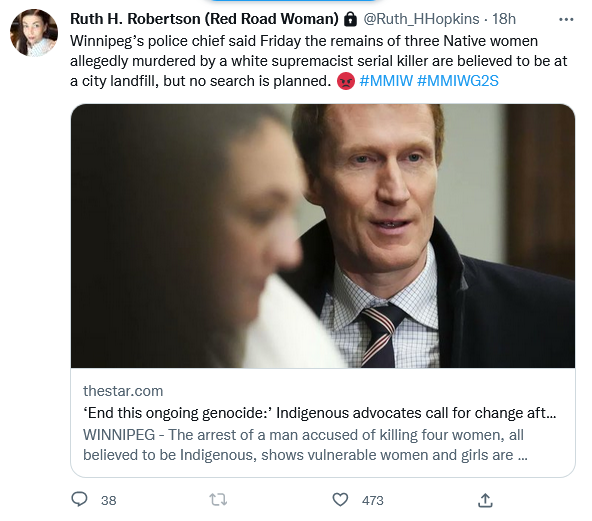 Police believe remains of three women in Winnipeg landfill, but do not plan to search

Winnipeg’s police chief said Friday the remains of three victims of an alleged serial killer are believed to be at a city landfill, but no search is planned.

Too much time has passed and there is no known starting point at the large site, where bulldozers are constantly moving things around, Danny Smyth said, adding that he understands that families are frustrated.

“I would want the remains of my loved ones as well.”

Smyth’s comments, after a police board meeting, came as Jeremy Skibicki, 35, appeared briefly in court.

Skibicki was taken into custody and charged on May 18 with first-degree murder in the death of Rebecca Contois, 24. Her partial remains were found in a garbage bin near an apartment building. Police later found the rest of her remains in the Brady Road landfill in the city’s south end.

On Thursday, Skibicki was charged with first-degree murder in the deaths of Morgan Harris, 39, Marcedes Myran, 26, and an unidentified woman. Their bodies have not been found.

The unidentified woman is also believed to be Indigenous. Police believe she was killed in March.

“We caught a break with Rebecca Contois in the timing of that particular search,” Smyth said.

“We were able to take some action to isolate a very specific area of the landfill within hours of discovering her other remains at the scene of the crime. We don’t have that luxury with these other victims.”

Skibicki, his head shaved and sporting a long beard, kept his gaze forward as he walked by family members of some of the women and their supporters in the courtroom. He said “correct” when a judge said his name and asked him to confirm his identity.

Skibicki did not enter a plea, but his lawyer said he maintains his innocence and a trial is likely some time away.

“We just received 10 terabytes today of disclosure and that’s probably not all there is to it,” Leonard Tailleur told reporters outside the courthouse. 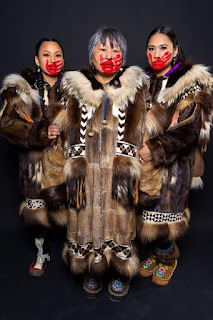 Court documents show Skibicki has been accused of violence against women in the past. One woman applied for and obtained a protection order against him in 2019. The woman alleged in the documents that Skibicki stalked her and repeatedly sexually assaulted her while she was sleeping.

The court documents also say Skibicki has several Facebook pages. One page with a profile photo matching Skibicki contains antisemitic and white supremacist posts. A post from last January linked to a video questions the discovery of unmarked graves at former residential schools.

The Crown said it plans to proceed by direct indictment with a murder trial, which means there will be no preliminary hearing to first consider whether there is enough evidence. Skibicki remains in custody.

Members of the Contois family said they are deep in sorrow.

“The last couple of months have been incredibly exhausting. We have experienced paralyzing grief,” the family said in a written statement.

“We also continue to think of the other families. Our deepest condolences to them.”

— With files from Kelly Geraldine Malone in Saskatoon

This report by The Canadian Press was first published Dec. 2, 2022.