HISTORY: How the "free" state of California enslaved Native children

Photo of Kate Camden, a Native girl who at age 10 was forced into servitude for a white family living in Shasta County. Photo is one of few records that exist showing Native children entrapped by California's apprentice and guardianship laws // Credit: Camden Family Portrait, circa 1857-1859 courtesy of Whiskeytown National Recreation Area, WHIS 9066 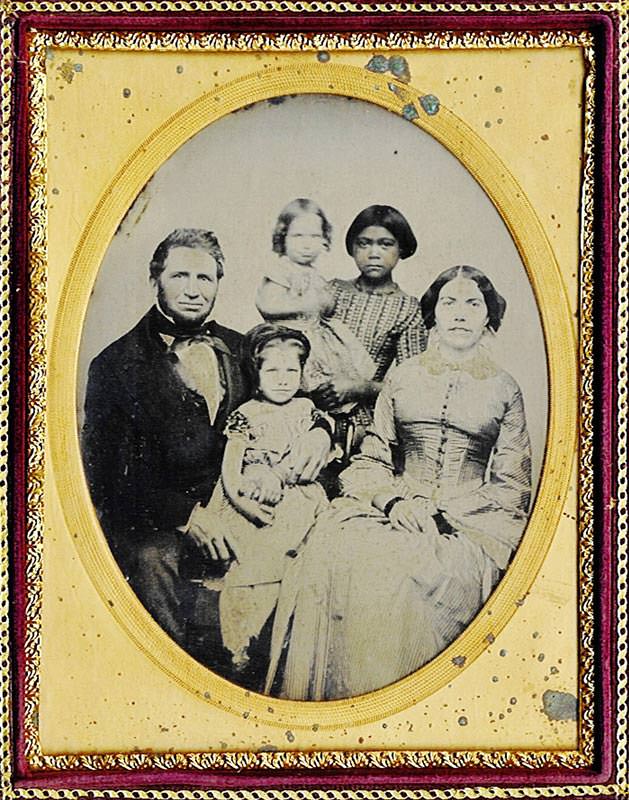 How the "free" state of California enslaved Native children

SAN FRANCISCO, CA – California came into the Union as a free state in 1850 with a constitution that banned slavery. So how did white settlers in the mid-19th century get away with enslaving Indigenous children, some of them as young as 2 years old? And why does this little known, terrible chapter of California history matter today?

Today, the ACLU of Northern California released the third episode of Gold Chains, our podcast about California’s hidden history of slavery. “Indigenous Injustice” examines a 19th century state law called the Act for the Government and Protection of Indians that effectively legalized Indigenous child slavery and encouraged kidnappers to snatch Native children from their tribal communities.

“The horror of what happened in California, the genocidal violence against Native people, and especially the enactment of that violence against children, is unfathomable,” said historian Stacey Smith, who appears as a guest on the show.

“Indigenous Injustice” isn’t just ancient history. Over time, the practice of forcibly separating Native children from their tribal communities has taken on many forms. There were the so- called Indian Boarding Schools. A variety of other government-sanctioned adoption schemes have funneled Indigenous children into Non-Native, mostly white households.

Currently, there’s a landmark case scheduled to be heard by the U.S. Supreme Court on Nov. 9 – Brackeen v. Haaland – that deals with the very same issue of the forced removal of Native children from their families, tribes and tribal culture. It threatens to dismantle the Indian Child Welfare Act (ICWA), which was passed to prevent Native children from being removed from their communities.

The American Civil Liberties Union, along with 12 ACLU affiliates (including the ACLU of Northern California) have filed an amicus brief with the U.S. Supreme Court, urging the court to uphold the constitutionality of the Indian Child Welfare Act.

“Indigenous Injustice” is a timely story that connects the dots between Indigenous child slavery in California to the present.

California joined the Union as a so-called free state in 1850. So how did white settlers get away with enslaving Native children until they were young adults?

We explore a little-known California state law called the Act for the Government and Protection of Indians that unleashed genocidal violence against Indigenous children. And we connect the dots between that terrible past and a landmark upcoming U.S. Supreme Court case.

Produced by the ACLU of Northern California

Our associate producers are Lisa P. White and Carmen King.

A special thanks also to our voice actors Pauline Schindler, William Freeman, and Avi Frey.

We’d also like to thank the following members of our Gold Chains team: Brady Hirsch, Gigi Harney and Eliza Wee. Thank you also to Abdi Soltani, executive director of the ACLU of Northern California.

A special thanks to World Affairs, Oregon State University and the University of Nevada, Las Vegas for providing us with recording studios.

Stacey Smith is an associate history professor at Oregon State University. She is the author of Freedom's Frontier: California and the Struggle over Unfree Labor, Emancipation and Reconstruction.

Tedde Simon is the Indigenous justice advocate at the ACLU of Northern California and a citizen of the Navajo Nation.

Gold Chains: The Hidden History of Slavery in California, ACLU of Northern California

Among the Diggers of 30 Years Ago, Helen M. Carpenter