The Verna J. Kirkness Foundation has severed ties with Sisters of St. Ann 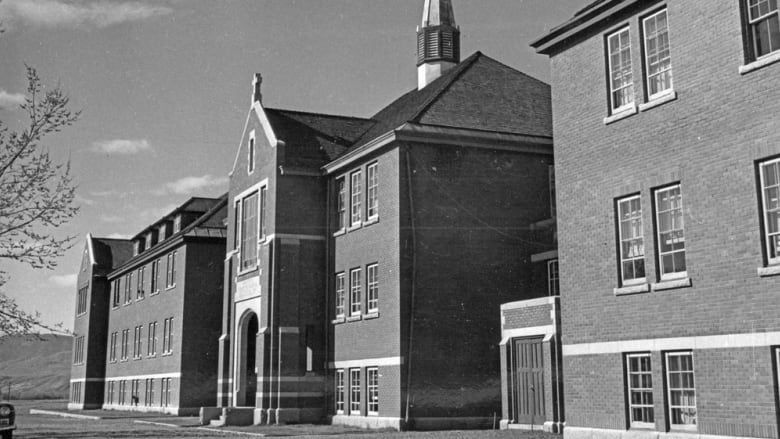 A foundation that provides university scholarships to Indigenous students across Canada has severed its ties with a group of Victoria-based Catholic nuns by returning a $500,000 donation.

The Verna J. Kirkness Education Foundation announced this week that it had decided to give back the endowment, received in December 2017, to the Sisters of St. Ann, a Catholic order whose nuns taught at the former Kamloops Indian Residential School.

Board chair Tony Williams says the foundation launched a year-long investigation into the Sisters of St. Ann after the discovery of 215 suspected unmarked graves near the residential school last May.

Williams says the foundation met with the Catholic group during the investigation and asked for specifics about the abuses that occurred at the residential school, but the request went unanswered.

"We want to know there's a more complete acknowledgement that these [residential] schools were very bad places, that there was a lot of harm done here, a lot of children who didn't survive, there wasn't a proper education provided," he said.

"It was setting up an entire generation of Indigenous people for failure and to be marginalized in society."

The Sisters of St. Ann is an order of Roman Catholic nuns founded in Quebec in 1850. In 1890, nuns from the order began teaching at the Kamloops Indian Residential School, one of more than 100 residential schools across Canada.

The children were removed from their families and not allowed to speak their own languages. Many were sexually, physically or psychologically abused, a situation described by the Truth and Reconciliation Commission as cultural genocide.

During the opening prayer for the foundation's announcement, Secwépemc elder Evelyn Camille said she had initially been excited to go to the Kamloops Indian Residential School at the age of six, but the experience quickly turned ugly.

"They used cattle trucks to bring the students here," Camille said. "When we walked through the door and into the dormitory, they stripped us and poured coal oil over us — because we were lousy savages."

The group, now composed of only 23 nuns, has been selling their assets and giving away millions of dollars for causes that align with their values.

The foundation's board secretary, DeDe DeRose, says it was a tough decision to cut ties with the nuns and return a generous gift, but the foundation doesn't want its integrity questioned due to a donation from a group that was historically involved in cultural genocide.

"Now we can say we don't have that money anymore, and we're going to work as hard as ever to ensure that Indigenous children continue to have the opportunities that they deserve to at least be equal to all children in Canada and opportunities to be involved in post-secondary education," DeRose said.

The foundation, established in 2008 in Cochrane, Alta., says its mission is to address the under-representation of First Nations, Métis and Inuit students in Canadian universities by providing scholarships to Indigenous students. It partners with B.C. universities including UBC, Kwantlen Polytechnic University and University of Victoria.

In an emailed statement to CBC News, Sisters of St. Ann executive director Angela Hudson says her group is saddened by the foundation's decision to return the donation, which she says will be redirected to another organization that also works to create a brighter future for Indigenous people.

Hudson says her group has committed to handing over its residential school records to the Royal B.C. Museum as part of its reconciliation efforts.

"Reconciliation is achieved by listening and learning with humility, and it is always our preference to engage constructively with our critics, while working together towards common goals," she wrote.

Support is available for anyone affected by their experience at residential schools, and those who are triggered by the latest reports.

A national Indian Residential School Crisis Line has been set up to provide support for former students and those affected. People can access emotional and crisis referral services by calling the 24-hour national crisis line: 1-866-925-4419.