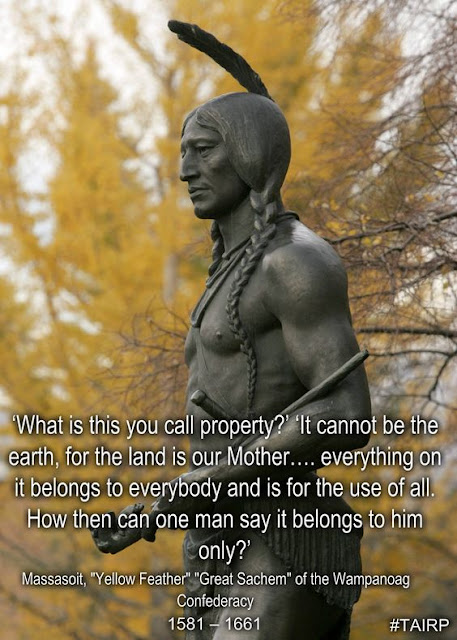 The Miseducation of Native American Students

Autumn, the beginning of the school year, is the cruelest season for Native American students in the United States. Between sports games where entire crowds chant about "redskins" and other school mascots and the federal holiday of the Indian-killing mercenary Christopher Columbus, there is the misguided national celebration of "Thanksgiving" to mark the arrival of the religious Europeans, who set the stage for Native American genocide.

These rituals dominate the first months of school, putting Native children in their place, holding up the traditions of white children, and championing the ideals of white supremacy and imperialism. As November's recognition of Native American Heritage Month ends, educators should resist the urge to regurgitate the usual narrative and instead discuss the reality of life, historical and current, for the more than 600,000 Native American students in our nation's K-12 public schools.

In researching and writing "All the Real Indians Died Off," our book about Native American myths and misconceptions, my co-author Dina Gilio-Whitaker and I were aware of how these Native American stereotypes affect all children in schools today. Internalizing harmful images most acutely damages Native children, but absorbing racist and dehumanizing ideas about fellow classmates also diminishes the understanding and compassion of non-Native children, warping their conception of a history that often erases Native Americans altogether.

Sadly, the education system lies at the heart of maintaining the erasure of Native Americans. Native children have been miseducated for generations under deliberately repressive federal policy, and all children in public schools are miseducated in U.S. and Native history. Education scholar Timothy Lintner wrote that U.S. history classrooms "are not neutral; they are contested arenas where legitimacy and hegemony battle for historical supremacy."

While distortions and myths of Native American culture plague many schools, textbooks often fail to mention Native history after the 19th century. In a 2015 study, scholars Antonio Castro, Ryan Knowles, Sarah Shear, and Gregory Soden examined the state standards for teaching Native American history and culture in all 50 states and found that 87 percent of references to American Indians are in a pre-1900s context. (Washington is the only state in the union that uses the word "genocide" in its 5th grade U.S. history standards and teaching of Native peoples' history.) In short, existing Native nations and land bases aren't identified, and Native people are dealt with as historical figures, implying their extinction.

"Indigenous students are vital and active participants in our society —not a vanished population."


No student can have a full understanding of U.S. history and contemporary society, nor can educators understand the inherited trauma Indigenous students still experience, as a result of this denial. From the colonial period to the nation's founding to the 20th century, Indigenous people have endured torture, sexual abuse, massacres, systematic military occupations, removals from their ancestral territories, and forced attendance at military-style boarding schools. Both the U.S. Army and the federal government experimented with residential schools during the 19th century. In 1879, Richard H. Pratt established and became the superintendent of the Carlisle Indian Industrial School in Pennsylvania—the prototype for the many militaristic federal schools that would soon crop up across the continent. And dozens of Christian missionary boarding schools augmented this landscape.

The stated goal of the boarding schools was assimilation into the dominant culture, but the intent was cultural genocide. Indigenous children were prohibited from and beaten for speaking their mother tongues or practicing their religions, among other infractions that expressed their humanity. This while being indoctrinated in the beliefs of Christianity. Generations of Native students, stripped of the languages and skills of their communities, were traumatized—an effect that has contributed significantly to the family and social dysfunction still found in Native communities.
By the mid-1960s, educators developed multiculturalism in response to Native peoples' demands for decolonization. But in order to affirm the U.S. origin story of democracy and progress, Indigenous nations and histories were excluded. Treaty- and territorially based Native people in North America were transformed by multicultural education into an inchoate oppressed racial group.
.
Multiculturalism emphasizes the "contributions" of oppressed groups to the United States' presumed greatness. Indigenous people were credited with contributing corn and maple syrup, buckskin and parkas, log cabins and canoes, and even the concept of democracy. This idea of the gift-giving Native who enriched the development of the United States, still perpetuated in schools today, is an insidious smoke screen. It obscures the fact that the very existence of the country is a result of looting an entire continent and displacing Indigenous people.

It is essential that U.S. schools finally come to terms both with the profound miseducation of Indigenous students and with an inaccurate K-12 curriculum of Indigenous history. Indigenous students are vital and active participants in our society—not a vanished population. Though schools have not done right by Native students in the past, it is now, more than ever, the responsibility of educators to admit education's stereotypes and flaws; accurately teach Native students about the past; honor their history; and prepare them for their future. If schools begin to address the injustices of the past, they can start work toward a more just and equal future for Native students.

Roxanne Dunbar-Ortiz is the author or editor of eight books, including "All the Real Indians Died Off" and 20 Other Myths About Native Americans with co-author Dina Gilio-Whitaker (Beacon Press, 2016) and An Indigenous Peoples' History of the United States (Beacon Press, 2014). Originally from rural Oklahoma, she is the daughter of a tenant farmer and a mother of American Indian descent.