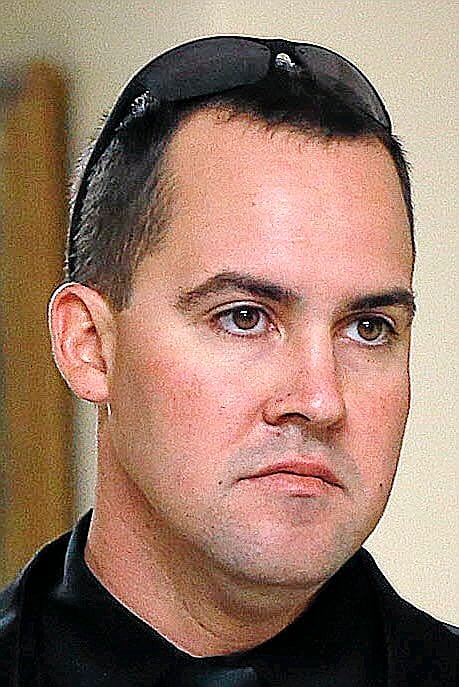 A South Carolina judge dropped a contempt of court case against Baby Veronica's biological father Thursday, bringing a definitive end to the drawn-out custody battle there.
The case was dropped "with prejudice," meaning it can never be refiled, after Dusten Brown and the Cherokee Nation reached an agreement with the adoptive parents. No settlement was paid, officials said.

Matt and Melanie Capobianco had been seeking compensation for expenses they racked up during a seven-week visit to Oklahoma last year to fight for custody of their 4-year-old adopted daughter, according to previous reports.

Thursday's agreement won't affect a criminal complaint of custodial interference, which Brown still faces in South Carolina, even though authorities are no longer seeking his extradition from Oklahoma.

It also won't affect a separate civil case here in Oklahoma, where the Capobiancos' attorneys are seeking more than $1 million in fees and expenses from Brown and his tribe, which fought alongside him to keep Veronica.

An agreement in South Carolina, however, might suggest that a similar resolution is possible for that case, which was filed in Oklahoma's Nowata County, where Brown and his wife live.

"I hope so, but I don't know," said Chrissi Nimmo, an assistant attorney general for the Cherokee Nation. "We'll have to see what happens."

Meanwhile, both the Capobiancos and the Browns have steadfastly stayed away from the media.

Brown hasn't spoken publicly since early October, when he spoke at a brief press conference to announce that he was dropping all legal efforts to get Veronica back.

The Capobiancos appeared briefly on the "Dr. Phil" television show in late October but have not given interviews since.

At the time, they confirmed that Brown and his family were still in contact with Veronica, although they didn't elaborate on what kind of contact or how much.

There's no information on whether such contact is still happening.

The Capobiancos arranged a private adoption with Brown's ex-fiancee and came to Oklahoma for Veronica's birth in 2009.

Brown, who was about to deploy to Iraq with the Oklahoma National Guard, didn't find out about the adoption until Veronica was 4 months old.

He says he was tricked into a signing a document that said he wouldn't contest the adoption.

With help from the Cherokee Nation, he gained custody of Veronica in 2011, but the Capobiancos appealed that decision all the way to the U.S. Supreme Court.

The justices ruled that Brown didn't have standing under the federal Indian Child Welfare Act, but they sent the case back to a South Carolina court for a custody ruling, and the legal battles continued for months.

Brown refused orders to return Veronica to South Carolina until the Oklahoma Supreme Court issued an unfavorable ruling Sept. 23, when he gave the girl back to the Capobiancos.