Peter Dodds (views on International adoption) & who is Rita Simon?

In this eye opening interview, author Peter Dodds who was adopted from an orphanage in Germany, describes the harm caused when children are uprooted from their native countries and cultures.
I did read Peter's book "Outer Search\Inner Journey" a few years ago when there were so very few adoptee memoirs. What he says in this interview is what I hear many adoptees say.   Was this the same Rita Simon who published the study:  "Native American Transracial Adoptees Tell Their Stories?" YES! Simon was not talking on this youtube interview... but this Jewish author is very pro-adoption! ......Trace 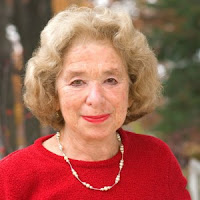 Rita Simon, University Professor, Department of Justice, Law and Society... recently published her 63rd book in these fields. Area of Expertise: Transracial adoption, history of women's rights, abortion, rape, women and crime, civil rights and liberties in Israel, U.S. immigration, jury system, insanity defense, death penalty, impact of mass media on public opinion.
Rita Simon is a well-known authority on transracial and intercountry adoption, immigration, justice, and women’s issues.
Her books include: In Their Own Voices; The Case for Transracial Adoption; The Jury System: Its Role in American Society; The Insanity Defense; The Ambivalent Welcome: Print Media, Public Opinion, and Immigration; Adoption, Race, and Identity; Women’s Movements in America; Rabbis, Lawyers, Immigrants, and Thieves: Women’s Roles in America; The World Over: A Comparative Analysis of Capital Punishment; Immigration: The World Over; and The Crime Women Commit and the Punishments They Receive.  She served on the Title IX commission.