The Beatles sang of a long and winding road, but they never set foot on the long, treacherous path of a Native American adoptee that is strewn with potholes, deadends and disappointment.
Award-winning Native journalist Trace A. DeMeyer (Hentz) shares the heartfelt journey of loss, loneliness and finding love in her powerful, new memoir “One Small Sacrifice: Lost Children of the Indian Adoption Projects,” an exposé on generations of American Indian children adopted by non-Indian families.
One reader told DeMeyer it was like being “punched in the gut.”
Pulling no punches, DeMeyer, who now lives in Greenfield, Mass., with her husband, Herb, rips away the illusion that adoption ends happily ever after as soon as the documents are signed and finalized.
She delves into the dark world of doubts – “Why didn’t my mom want me?” – and the fear that asking too many questions would cause her adoptive parents to throw her away all over again.
She suffered years of abuse – emotionally, sexually and physically – as pain became her constant companion and a pretend happy smile her childhood defense against the torrent of doubts in her life.
DeMeyer has spent years meeting and talking with other “Split Feathers,” Native American children taken from their homes and placed in non-Indian families; she discovered that her experiences weren’t new or unique, that many other adoptees, just like her, had unanswered questions, mountains of sadness and, often, shattered lives.
Conquering that tumultuous beginning felt like the easy part as DeMeyer attempted to find her birth family. Her first obstacle was that her adoption was “closed,” meaning sealed and she had no legal right to view her own file!
A sympathetic judge in her Wisconsin hometown allowed DeMeyer to look at her file when she was 22; she found tantalizing clues about her birth family, and even more questions to haunt her as sought to come full circle and discover who she really was.
“I read this powerful book cover to cover, Trace tells her story with such compassion and truthfulness;” Alutiiq-Cherokee adoptee and author Anecia O’Carroll wrote. “Her memories, feelings and facts are written with such unflinching truth, in my mind and heart she is a warrior and a hero.”
Known for her exceptional print interviews with famous Native Americans, DeMeyer started research on adoptees in 2004, which led to this fact-filled, 227-page biography that includes congressional testimony, evidence of Indian Adoption Projects and how the Indian Child Welfare Act came to exist.
Available as a download (e-book, $3.00) or in book form ($15.95) at: http://www.lulu.com/product/paperback/one-small-sacrifice/6242298, her jaw-dropping narrative of living as an adoptee, her search, meeting birth relatives, will surely raise eyebrows and question the validity of sealed records and the billion dollar adoption industry.
Her journey takes her to Illinois to meet her birthfather in 1996 where she learns about her Cherokee-Shawnee ancestry.
DeMeyer is former editor of tribal newspapers the Pequot Times and Ojibwe Akiing. She freelances for News From Indian Country, a national independent native newspaper.
DeMeyer’s chapter on Sac and Fox Olympian Jim Thorpe won critical praise in the 2001 book Olympics at the Millennium (published by Rutgers Press). Her poetry was published in the spring 2009 edition of Yellow Medicine Review; and she has an essay in the upcoming Foothills Press book, “I Was Indian Before It Was Cool,” edited by Susan Deer Cloud.
In the 1870s Ponca Chief Standing Bear had to take his case to court to prove he was a human being; but DeMeyer’s journey took her so much further as she tried to prove to herself that she was somebody, too. 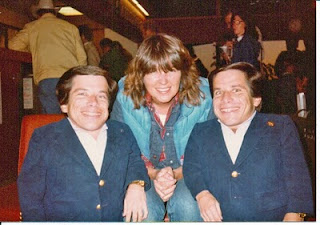