'Many pieces missing for survivors': Growing calls for a national inquiry into #60sScoop 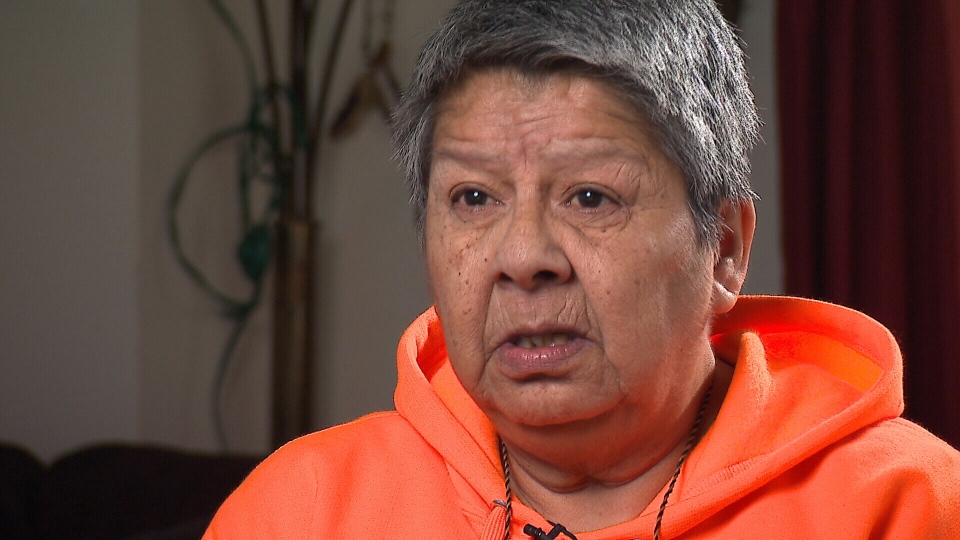 TORONTO -- Warning: This story contains details that may be disturbing to some

There are growing calls for a national inquiry into the ‘60s Scoop, when Indigenous children were taken from their families in huge numbers to be placed in foster care.

An estimated 20,000 First Nations children were taken from their parents during that time, but survivors believe the numbers are much higher than that, and they want support to find lost loved ones.

Lidia Lorane Lagard is one of those who was taken as a young child.

Now, surrounded by binders documenting part of her early life, she is trying to piece her past together and find her family.

“I would really love to get connected with my brother again and find my sisters,” Lagard told CTV News.

Known by family and friends as Mama Crow, Lagard and her siblings from Longlac in Northern Ontario were part of the ‘60s Scoop.

It’s a cycle that still continues today — now known as the Millennium Scoop.

"Me and my sisters became a ward of the courts,” Lagard said.

But being taken from her family isn’t the only pain that has haunted her.

In 1965, a social worker dropped Lagard off at St. Mary’s Residential School, when she around five-years-old.

“She talked to a nun for a bit and then she — she left me there,” Lagard said. “When she left, they cut off all my hair, shaved it down to nothing, […] scrubbed me down with steel wool and put me in the shower. And as she was scrubbing me she was saying I was just a dirty little Indian and I was going to learn to be proper.”

She said that she wasn’t allowed to speak her own language, which her grandparents spoke.

“When we were little, we spoke Ojibwe, we spoke our language,” she said.

The name “Mama Crow” comes from her grandparents, who called her “Little Crow” when she was born.

The name Lidia was forced on her, she said.

“They kept throwing the Bible at me always and saying, ‘pick a name’. And I wouldn’t,” Lagard said. “And every time I said my language I got beat.”

She kept hoping for the social worker to return — but she didn’t. Lagard was in residential school for around three years.

She described how at night, sleeping in a room full of many other children, she would hear priests come in and take a child out with them.

“I still listen for footsteps coming towards my room,” she confessed. “I’m 60-years-old now.”

The foster system was no respite. Two weeks before her 13th birthday, Lagard ran away to Vancouver, where she struggled with drug and alcohol addiction until 2004, when she found the strength to get sober and begin searching for her siblings.

Many other survivors are also struggling to trace what happened to them, according to Katherine Legrange, volunteer director for Legacy of Canada.

“We want to ensure that this piece of history is not lost,” she told CTV News. “As survivors, we want to make sure that this doesn’t happen to children going forward.”

Her organization, among others, is calling for the federal government to commission a national inquiry into the ‘60s Scoop, similar to the MMIWG inquiry.

There’s been no government commitment to an inquiry, but Crown-Indigenous Relations Minister Mark Miller’s office says the government is "committed to working with all ‘60s Scoop survivors, including Métis and non-Status First Nations to establish a path forward to mend past wrongs and ensure they have what need to heal.”

“There’s still many, many pieces missing for survivors, including where their parents and siblings may be, what community they come from in some cases,” Legrange said. “And lots of files have been misplaced or in some cases redacted so that we can’t trace back our family histories.”

That’s the case for Lagard, who hopes sharing her story will help find her brother Clifford and sister Isobelle.

“I just found my niece through Facebook,” she said.

But it’s a slow journey. Many of the documents relating to her early history have names and details blacked out, she said.

“The ones that are still out there, looking for Lidia Lorane Lagard — I’m here,” she said. “I’m looking, I’m reaching. I want my family home.”

And although she’s worked hard to heal, the combined trauma of being a ‘60s Scoop and residential school survivor runs deep.

“I still carry scars in my head,” Lagard said. “But the saddest part is nobody sees the scars that we carry within us.”