If you didn't think it could get any worse, it just did #BABY VERONICA 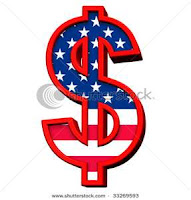 Capobiancos Sue Dusten Brown for Nearly Half a Million in Fees

Suzette Brewer
September 25, 2013
As Matt and Melanie Capobianco took possession of Veronica Brown on Monday night, another court action was brewing behind the scenes. Today, their lawyers in South Carolina are in court seeking fines, attorneys' fees and expenses totaling approximately $500,000 from Dusten Brown.

Brown, a member of the Oklahoma National Guard who served in Iraq, was forced to turn over his biological daughter to them after the failed visitation “negotiations” last week. On the presumption that the couple's attorneys were looking for a set of deep pockets from which to profit, the Cherokee Nation is also named in the action; however, according to tribal attorneys, the tribe is not a part of the contempt order and therefore not obligated to pay the Capobiancos. Additionally, they noted that the Capobiancos have no jurisdiction to sue the tribe and that the Cherokee Nation is protected under the 11th amendment granting them sovereign immunity from civil actions seeking damages and financial compensation.
But for Dusten Brown the suit has potentially devastating consequences. Costs outlined in the contempt action include fines of up to $32,000 a day, in addition to be forced to pay for the Capobiancos' living expenses while in Oklahoma. With a modest income and few assets, friends and insiders acknowledge that he has little chance of ever paying that kind of bill.
“They just took the most precious thing in his life, and now here they are trying to take what's left,” says Shannon Jones, Brown's South Carolina attorney. “Let me tell you, he is devastated right now. He just lost his daughter—probably for good. And here they are kicking this man while he is down. They're not only kicking him, they're trying to destroy his life.”
Jones says that she and the rest of Brown's legal team, including the Supreme Court practitioners, have been working pro bono for Brown for years, because he could not afford to pay them the ever-mounting legal fees in the fight for his daughter. Additionally, it is widely known that the Capobiancos' legal team has also been working pro bono, including Lisa Blatt, who argued their case before the Supreme Court.
The broader message that the Capobiancos and their legal team are sending, however, is to make an example of Dusten Brown and the Cherokee Nation.


“The message here is 'Don't mess with the all-powerful adoption industry, and don't even think about trying to enforce the Indian Child Welfare Act,'” says Jones. “The message is clear that they are trying to threaten and intimidate tribes from attempting to enforce their rights under the law. They're saying, 'This is what's going to happen to you if you try to protect your children.'”

Jones said that the Absentee Shawnee Tribe of Oklahoma has already indicated a reluctance to proceed with litigation on behalf of Baby Deseray, one of their tribal members who is currently living illegally with another adoptive couple in South Carolina, because they are concerned about the potential consequences and financial fall-out from witnessing the tragic course of events in Adoptive Couple v. Baby Girl.

“I hope that they do proceed because Deseray's case is similar, but we have a different concern as a tribe,” says Jana Snake, the infant's aunt who is a member of the Absentee Shawnee. “We only have 3,900 tribal members left and we are rapidly dying out. Out of all my cousins, we only have one boy to carry on the Snake name. If we lose Deseray, what kind of message does that send to our tribe? We have to fight for her.”
In the meantime, as Dusten Brown reels from the biggest loss in his life, he is confronted with paying again—perhaps for years to come.


Read more at https://indiancountrytodaymedianetwork.com/2013/09/25/capobiancos-sue-dusten-brown-nearly-half-million-fees-151444
and from the LA TIMES:(They linked to this BLOG! WOW!)