The unbroken cycle continues to this day, now called the Millennium Scoop 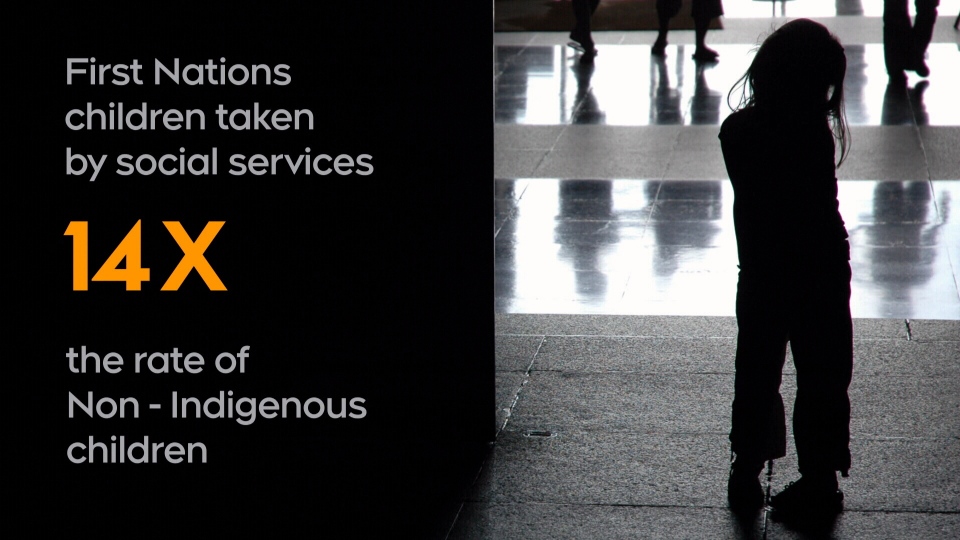 As Canada began to shutter residential schools, the '60s Scoop began, a period when thousands of First Nations boys and girls were taken from their parents and placed in foster care with non-Indigenous families.

The unbroken cycle continues to this day, now called the Millennium Scoop.

“They have not learned the history of residential schools,” Cindy Blackstock, an activist for Indigenous child welfare and executive director of the First Nations Child and Family Caring Society of Canada said. “They are repeating the same kind of government behaviours that led to those children suffering.”

According to the 2016 census, Indigenous children make up just 7.7 per cent of the child population, and yet 52.2 per cent of children in foster care are Indigenous.

First Nations children are apprehended by social services at 14 times the rate of non-Indigenous kids, and just under 15,000 Indigenous children under the age of 15 are in the foster care system.

Advocates say proper funding for housing, education and health care could eliminate many of the reasons governments cite for separating families to begin with.

“For some inexplicable reason over the years, a system built up that just said the easiest thing to do is to take these children away from their families, and, you know, we look at that and say, that's not the answer to solving these problems,” Jane Philpott, former Indigenous Relations Minister, told CTV News.

It feeds into a toxic loop where Indigenous people are blamed if there is poverty in their communities, while receiving none of the support required to pull themselves out of that poverty. And then children are removed from homes deemed unsuitable, often because of poverty.

Yet, instead of investing more in Indigenous communities and organizations, Canada continues to fight Indigenous families in court, losing a pair of appeals yesterday on rulings relating to funding for Indigenous children.

“We want them to thrive as children, so let's funnel the monies that way,” Blackstock said. “And the good news is, for every dollar that government spends right now, it's going to save $18 downstream because healthy, happy kids grow into healthy, happy adults who don't need the level of public support as adults that someone who has been traumatized would.”

The ache that comes from being separated from family is far too familiar for many Indigenous people in this country — and it continues to perpetuate intergenerational trauma in exponential ways. Many in care today have parents who grew up in foster homes as well.