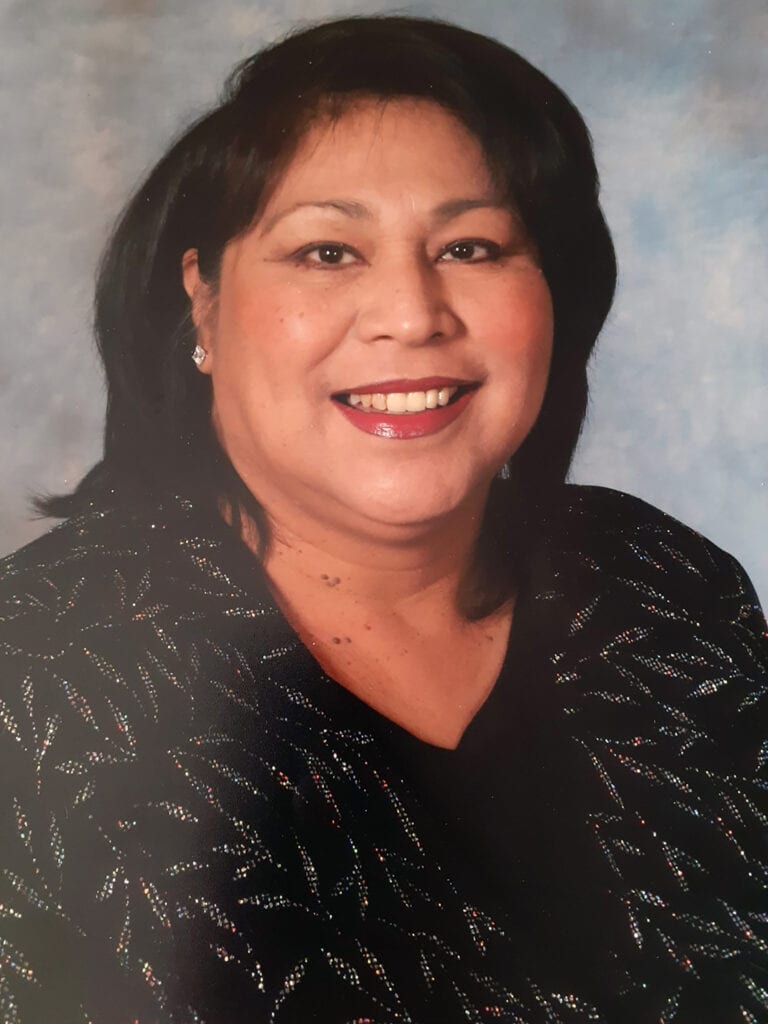 Born September 3, 1954 in Escondido, she was one of eight children born to Manuel and Julia Escalante. She was a member of the San Pasqual Band of Indians and moved to Valley Center in early 1978.  Ms. Green served the tribe in an official capacity for 41 years and was elected as the Secretary-Treasurer of the Business Committee for several terms until her passing.

Ms. Green became a director representing San Pasqual with San Luis Rey Water Authority from 1999 to 2009. She was influential in the early research, among other early tribal members from the five tribes, which eventually led to the water rights litigation and settlement with The City of Escondido. Ms. Green was also one of the pioneers of “Strong Hearted Native Women” advocating for domestic violence victims and supported the VAWA movement.  Her previous roles with the San Pasqual Band of Indians included bookkeeper, grants manager, education director, and tribal administrator.  She was the tribal government representative in recent years advocating for ICWA (Indian Child Welfare Act). She believed that the children are the greatest asset of the tribe.

Ms. Green was deeply respected for her tenacity, integrity and love for her community.  She was a humble person and had a strong compassion for her family and had many friends throughout the county and native communities.

Ms. Green is survived by her three children Nichole Green of Oklahoma, Charles Green, and Megan Green of Valley Center. She had eight grandchildren and two great grandchildren that she loved and they all brought great happiness to her heart. She is also survived by three sisters  Eva Arredondo, Lydia Escalante, Judy Wright all of Valley Center and one brother Felix Escalante of Escondido all who will miss her sense of humor and the laughter she shared with them throughout the years. SOURCE