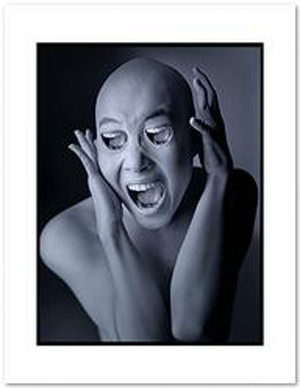 "...I’ve been thinking about this concept for a long time. Adopters, when it comes right down to it, count on Stockholm Syndrome. Children who don’t succumb are labelled RAD.
Whenever I encounter an infertile woman so desperate to be a mother that she’ll bring home a stranger’s baby and force it to live in her fantasy, I always secretly wonder what she would do if she were single and desperate to be married.
Would she drag some strange man home and force him to watch the Notebook and cuddle? And if she did, would society think it was beautiful and precious?  Or would they think she was delusional and dangerous?  Rhetorical question, of course.  But why? Why is what is clearly a crime between adults viewed in such an overwhelmingly positive way when one of the parties is a child?..."  - Renee Musgrove

This comment by Renee has been in my head for over a year and I finally did research on Stockholm Syndrome!
What was legally thrust upon us as adoptees is an illusion/fantasy, right?  From babyhood, we are supposed to pretend these are our only parents -- years pass and if they raised us, they ARE our parents. They are the only people we know that intimately so we call them mom and dad. We don't know anything else. Of course, years pass...
Then one day you wake up and think, "What about my ancestry, what about my medical history?" and you start to feel despondent since you can't ask your "parents" since you found out they get upset when you ask about your identity (We chose you, you're ours...) -- and even if you do ask, too often they know absolutely nothing. Why is that?
Eventually you realize that you are really not "their" child. You're not related in any physical sense or biology.  Then the adoptee realizes and finds out quickly enough that lawmakers (and your adoptive parents) are on the side of secrecy - that they don't want you to know who you are and they DEMAND privacy for the mother who created you.  REALLY?

On my other blog, I wrote about the ADOPTION EXPERIMENT and then my friend Cully Ray did a guest post about Stockholm Syndrome: which is when you are abducted and start to identify with your captors.
Cully wrote:
As do Stockholm Syndrome victims, these Adoptees have great difficulty identifying and expressing their feelings, tragically some are unable to go on with their lives.
Some of the effects that are seen in adoptees and foster children who are objectified by their adoptive parents, foster care givers, and/or communities and peers are:

* Denial of actions by the adoptive parents or foster caregivers that make the child feel inadequate or physically hurt.
* Co-dependency
* Substance abuse
* Minimizing their feelings – self-sacrifice
* Disassociation with the idea of natural family or parent-child relationships
* Failure to make realistic relationships in both personal and professional life
* Internalizing – blame and guilt for things they have/had no control over
* Over achieving – fear of not being “good enough”
* Anger/Rage/Overwhelming depression often triggered by birthdays or celebrations
* Suicide

No matter how much I write and think about this - we come back to the lawmakers still demanding sealed adoptions and secrecy again and again. What about you? Do you think they are delusional?

I will be back and posting more in June... Trace