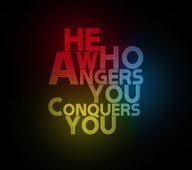 Part 5 FORGIVENESS
By Trace A. DeMeyer


I woke up with two thoughts: there are two victims of adoption who need help and not necessarily from each other: the adoptee and the first mother. Each has its own burden and neither can heal the other.


Indian Country has many hurts from the past that include assimilation, lies, bad laws and massive abductions of children called residential boarding schools and Indian Adoption Programs.  In order for us to move forward, we work as one people to heal our societies, and yet we must individually move forward in order for this to work.
Being adopted, living as an adoptee, was my life and was a very important part of my journey.  But it's no longer all that I am nor does it control me. I see my life moving forward now and anger does not control me or my actions.
The following essay is an important part of this collective healing for all adoptees and all mothers.
The Four Directions of Forgiveness
By White Bison (May 2012)


The Elders explained to us that to hold past hurts us….we keep ourself in a prison…and the hurts done to many of our people in the boarding schools are now being passed down generation to generation. This intergenerational hurt is behind the alcohol problems, the violence, the abuses and even the suicides.  It is time we break the cycle of passing this on to our children and our grandchildren.  They told us that our last test is going to be …."can we forgive"…..even to forgive the unforgivable.
There are 4 directions of forgiveness:
The First forgiveness is in the east is the everyday forgiveness. Then we say, I’m sorry.


The Second forgiveness is in the south and is called the forgiveness of the unforgivable.  This would be like violence, domestic abuse or sexual abuse.  We do this type of forgiveness to free ourselves; it doesn’t mean we make the offenders not be responsible for what they did, but we ask the creator to help us be free.
The Third forgiveness is in the west and is the forgiveness of yourself. Sometimes this is harder to do than the first two.  You ever do something stupid during the day or night and the next day you are filled with reqret that won’t go away?  Maybe you try to keep it a secret and the secret eats away at you. Maybe even wishing a thousand times that you had not done what you did.  Help from the creator often is the only hope to forgive self.  There is one thing the Creator CANNOT do and that is NOT help one of His children who asks for help.  He/She must help by his own rules, the rule of love. There is a saying….Love thy neighbor as thyself…and that is the problem… most of us do.


The Fourth forgiveness is in the north and this is when we forgive someone to set their spirit free. Or it could be an institution like a church or the government.  You ever have someone hurt you, you have forgiven them but they cannot look you in the eye?  You do it to set their spirit free.  You forgive even though they don’t deserve it.  You forgive, anyway.
When our children see us practicing forgiveness, they will do it also.
Part 6 will continue in a few weeks...please leave comments and share this series with your friends and families on Facebook and Twitter.... Thank you for reading this blog. Mitakuye Oyasin... Trace