The Only Good Indian is a Dead Indian 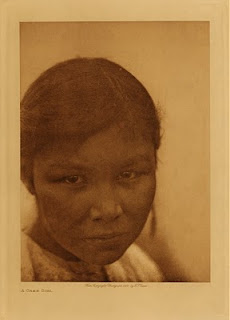 Every Indian I’ve met has heard, “Kill the Indian, and Save the Man,” or “the Only Good Indian is a Dead Indian.” Both were uttered by Capt. Richard C. Pratt, the head master and founder of Carlisle Boarding School.
Beginning in 1887, the federal government attempted to “Americanize” Native Americans, largely through educating young Native boys and girls. By 1900, thousands of Native Americans were studying at almost 150 boarding schools around the United States. Schools called Carlisle, Flandreau, Hampton, Haskell Institute and others were built. The U.S. Training and Industrial School founded in 1879 at Carlisle Barracks, Pennsylvania, was the model for most of these schools. Carlisle provided vocational and manual training and sought to systematically strip away tribal culture.
Schools insisted students drop their Indian names, forbade the speaking of their languages, and cut off long hair. Cutting off the hair was done in many tribes when a relative died, otherwise you wore it long. For these children, cutting hair meant cutting off contact.
Not surprising, some schools met fierce resistance from Native parents and youth. But some young people like athlete Jim Thorpe, responded positively, or at least ambivalently, to the boarding schools. Some students said the schools fostered a sense of shared Indian identity that transcended tribal boundaries.
Carlisle’s founder Captain Pratt, said the following to an 1892 convention, and spotlights his pragmatic, frequently brutal methods for “civilizing” the “savages.” A great general has said that the only good Indian is a dead one, and that high sanction of his destruction has been an enormous factor in promoting Indian massacres. In a sense, I agree with the sentiment, but only in this: that all the Indian there is in the race should be dead. Kill the Indian in him, and save the man. Again, Pratt implies Native traditions are wrong. Using God to defend the willful destruction of families in any culture is reprehensible to me, as I’m sure it is to God. Didn’t God create all nations and all skin colors?
Tribes strongly disagreed with the American/Canadian government’s system of boarding schools, removals and adoptions. The tribes felt their placement and enforcement are always best for their children. Tribal leaders took action and fought for the Indian Welfare Act which was passed in 1978. (It seems so recent.)
Our culture is our tribal family.
Yet in the past 100 years, tribes lost two or three generations to the government’s system of removals and adoption.