❗️TONIGHT @ 8 EST: Don't miss our World #Adoptee Day Twitter Chat to reclaim #WorldAdoptionDay. Join us in sharing stories, learning how we can support each other, & building collective power to fight for our rights as adoptees. #adopteerealtalk #NAAM 👉 https://t.co/zfOJu4SxJ3 pic.twitter.com/LLQIGUtKzB 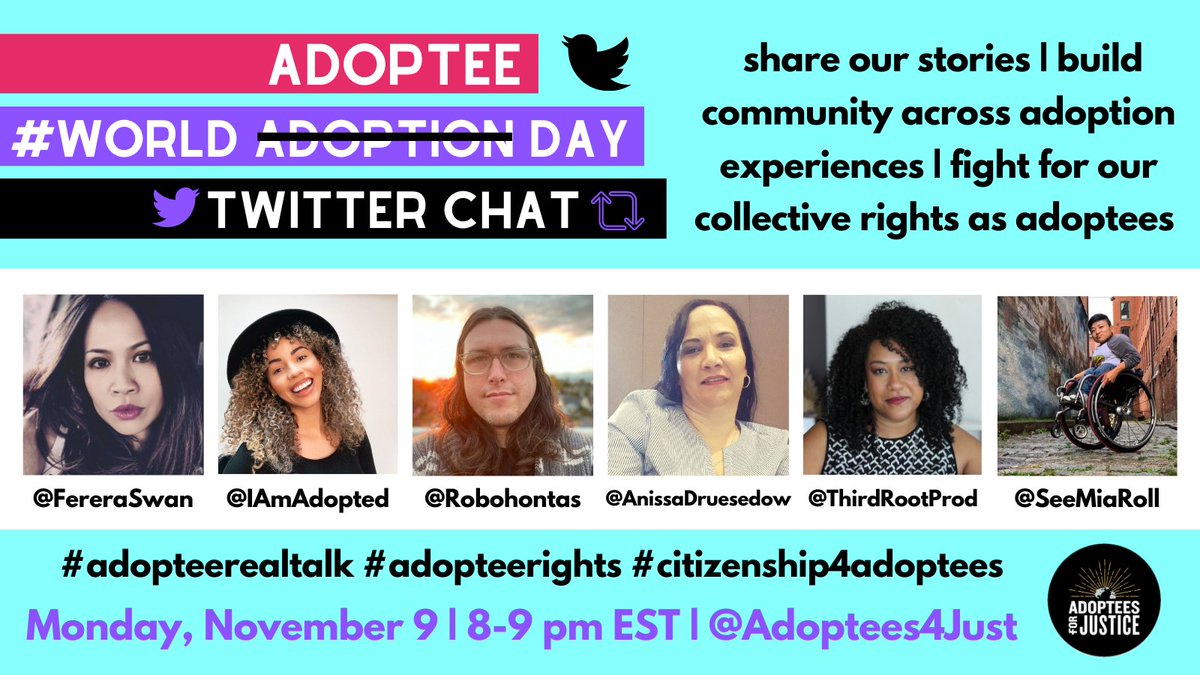 The “adoption triad” is a marketing gimmick. There’s no such thing. It saddens me when adoptees give tacit approval to adoptotrafficking propaganda https://t.co/JdcIgl0OPQ

Is adoption the psychological equivalent of a kidnapping?

There are four kinds of adoption—nefarious, forgivable, warranted, and praiseworthy. What guidelines do you think should apply to the fair and ethical distribution of adoptable children? In my case, I was physically wrestled out of the arms of one parent and given to another far wealthier contributor. What happened was unconscionable. Should children be treated like scarce commodities and luxuries and be distributed based on the adoptive parents ability to pay, as was clearly the case in my situation? What are the consequences of giving the wealthiest individuals, one race, religion, region, or nation favored status and preferential treatment? My life’s trajectory was radically altered in response to a large bribe paid to a priest and a social worker by my adoptive father. Requirements were waved and normal protocols were not followed because money spoke louder than words. The actions of the priest and social worker were unethical in response to a large financial reward. I was perfectly content in a loving family with four daughters. The only reason I was uprooted and given to another family was due to bribery. Few readers have reacted to the ethical choices made by those in authority. I was blessed by the wealth of my adoptive parents and the advantages money can provide but I feel sorry for my foster parents who really wanted to keep me. They were so aggrieved by the dishonorable underhanded way they were treated that they moved out of the state where they were living. I feel sorry for them. They hired a detective to find me and fought to have me legally returned but to no avail. They were loving parents of good character and moral substance. I graciously thank them for the unconditional love and care they provided… read more